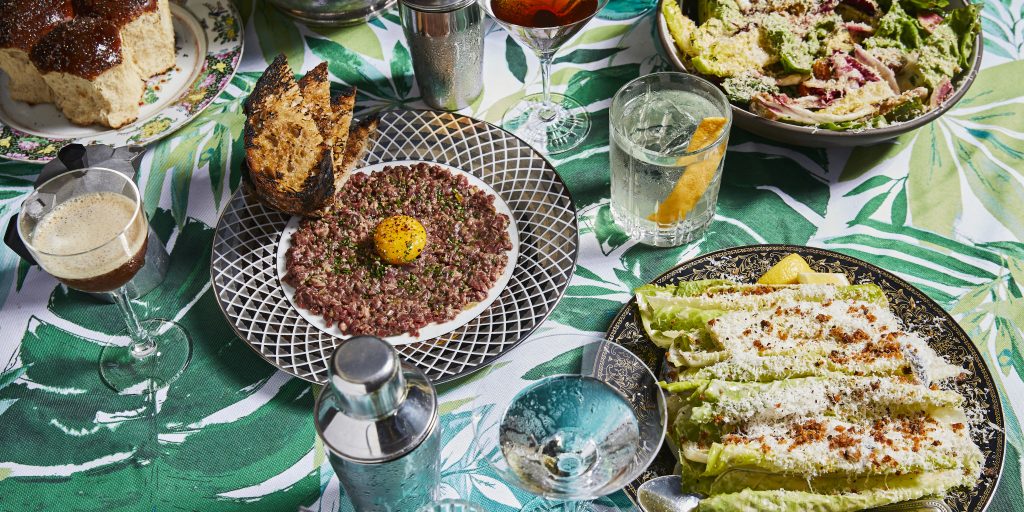 We didn’t know how much we loved cocktails until Jaguar Sun and Sunny’s Steakhouse.

These two establishments embody hospitality, the feeling that you’re home even if it is your first time there. Whether you find yourself at Jaguar Sun, that “weird lobby space” in Downtown, as Will described it, or at Sunny’s, Jaguar Sun’s outdoor pop up at Lot 6 in Little River during Miami’s “winter” season; the team is committed to knowing you and understanding what you like. Not to mention serving killer cocktails, wagyu beef tartare with leek ash aioli, parker house rolls that make us feel toasty inside with a dream playlist in the background that gets us all nostalgic. 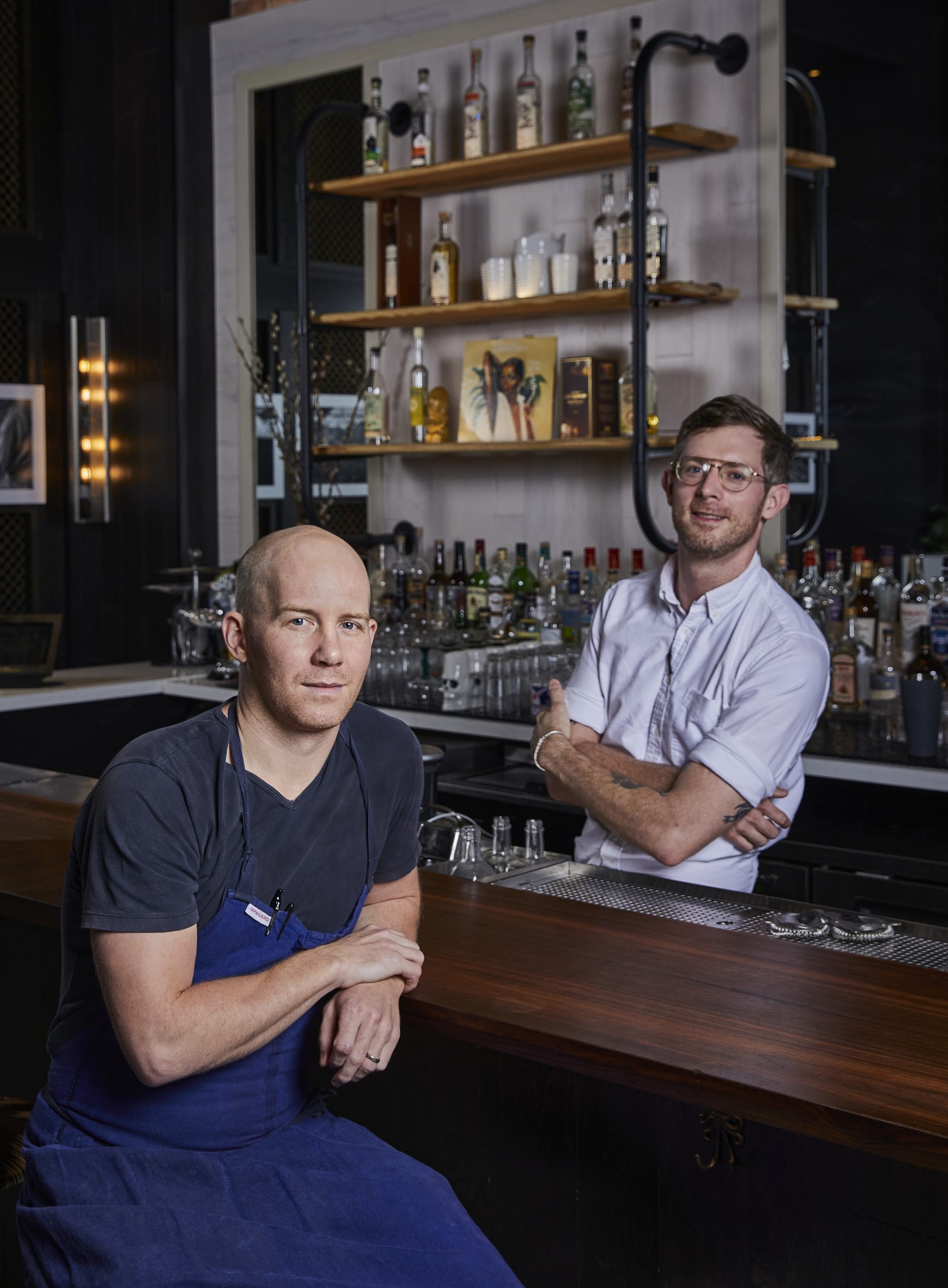 The experience at Jaguar Sun and Sunny’s is something very personal. There’s a level of listening that is required to do what they do, night after night. Giving you a reason to come back. Because they get you.

It’s truly fascinating to watch Will command a space. His attention to detail in creating an exemplary dining experience is commendable. We’ve never had a bad experience at Jaguar Sun or Sunny’s and we’ve never had the same experience twice. It doesn’t get old and that’s why we always return.

That’s something rare to find in the dining world, especially when we are constantly in search of restaurants and bars that we want to share with you. After being in this line of work for at least ten years we’ve realized that it all stems down to the people that create these moments for us.

At Jaguar Sun and Sunny’s this starts with Will and Chef Carey Hynes and the partnership they have created. Before Jaguar Sun they had never worked together. They met because Chef Carey was a regular at a Boston bar where Will was bartending.

Their training styles, work ethic, and ethos are aligned. Will attributes their balanced relationship to not having, “a redundant skill set”. Will takes care of what he knows and vice-versa. For instance, Will focuses on “how the night feels”, the sensory experience for the guests while Chef Carey takes care of every dish that comes out of the kitchen. They’ve built trust and there’s no interference when it comes to their roles. 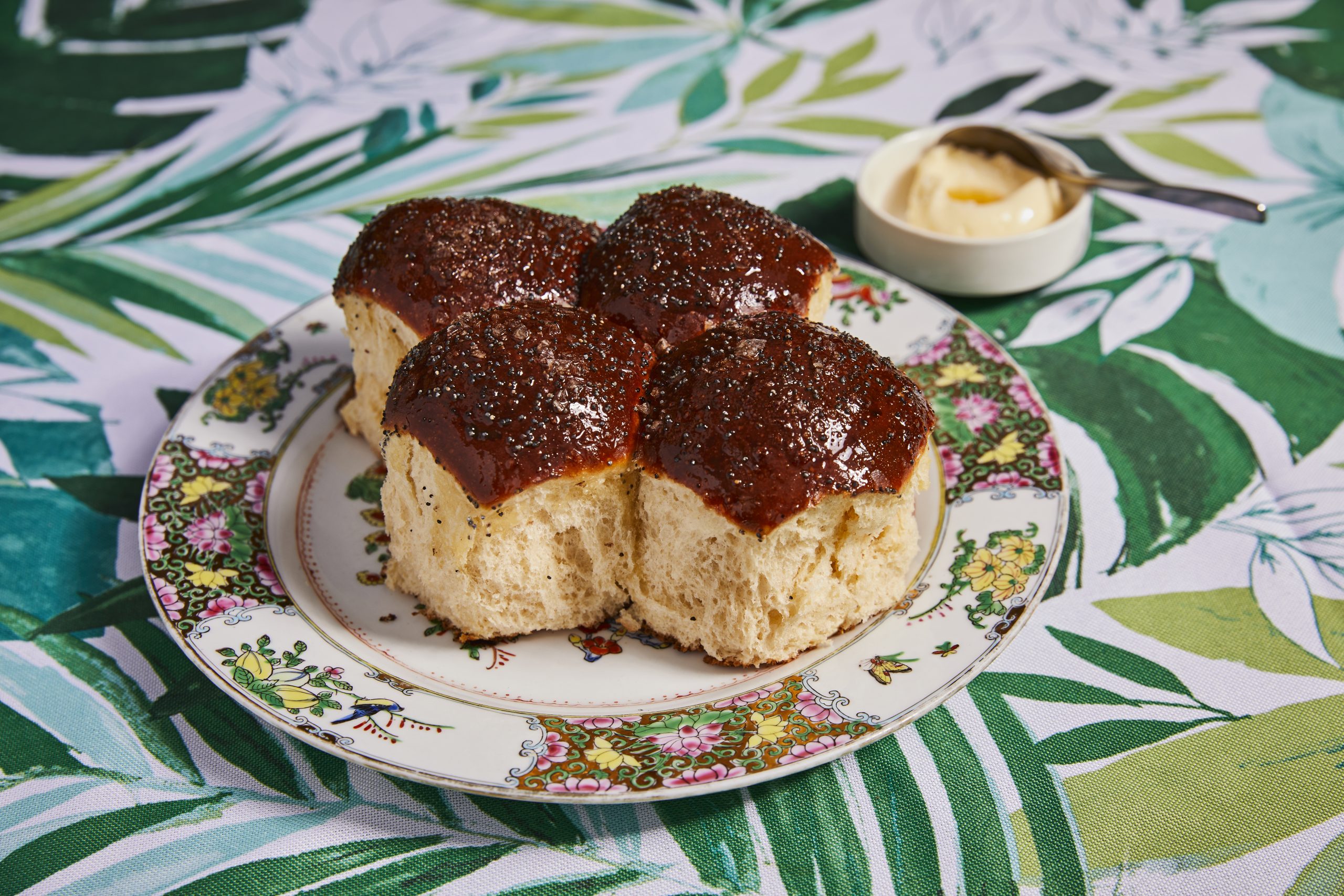 There’s so much personality under the roof of one restaurant and being able to navigate that is challenging. But Will said something that stayed with us and we’re going to paraphrase here. If there’s disrespect between those that are focused on service and those that are in the kitchen, it will never work.

Historically there’s been a divide between Front of The House and Back of the House. Will referenced George Orwell’s memoir, Down and Out in Paris and London, where George shares his experience working in a hotel in Paris where the cooks would grow mustaches to get under the skin of the servers that weren’t allowed to grow facial hair. This is just one example, but we’re guessing if you’ve worked at restaurants you’ve lived through a similar situation.

So, when for decades this has been the norm, how do you change this? Thoughtfulness and consistency in the way you lead your team is the only remedy. And Will is aware that this starts with Chef Carey and himself. However, it also must resonate with their staff.

Will credits some of what he’s put into practice from his years working at Drink, a notable Boston bar by Barbara Lynch. But he’s also learned valuable lessons at places that didn’t do things right. From hiring, staffing, building out a menu—whether it was good or bad. All of this helped shape Will’s mindset when thinking about the dining experience. A moment in time that should be “personal and immediate, where everyone is the protagonist of their own story.”

As the lead character, your night at Jaguar Sun and Sunny’s will play out seamlessly, first with a cocktail. Twelve is the number here. Twelve different cocktail recipes for 12 different types of drinkers. 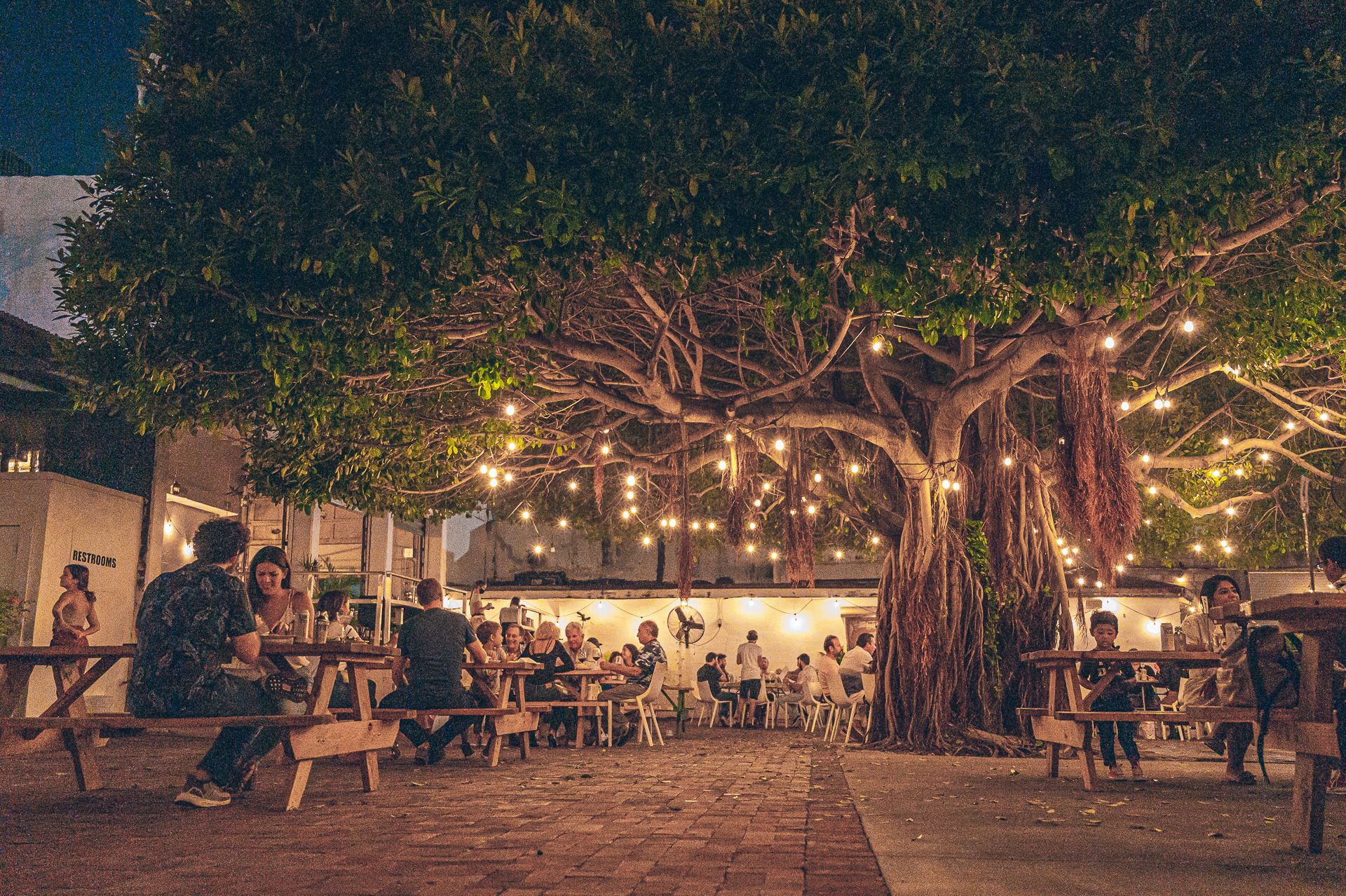 What matters to Will, when creating this menu is what he referred to as, “crushability, accidentally smashing any of the cocktails, without even noticing.” For Will, it’s about immediately craving another sip followed by what he calls, “the consistent sip that still tastes good, mid-way through your drink”. He’s not stuck on flavor and ingredients because for him, it’s about really listening to people and getting the non-cocktail folks to come in.

As far as cocktails go, they’ve got the Very Strong Baby (Mexican run, strawberry Campari, vermouth, pear eau de vie) for the nerds and the Green Ghoul for those that have a “pulse and are alive in this world,” as Will put it. What you order, tells Will about the sort of conversations he could have with you. And he can spot that, “solo guy, in his 20 – 30s. He’s going to get a Jail Break [bourbon, Japanese whisky, coffee Rhum and bitters], the parker house rolls, and the spicy rigatoni. 9 ½ times out of 10.” 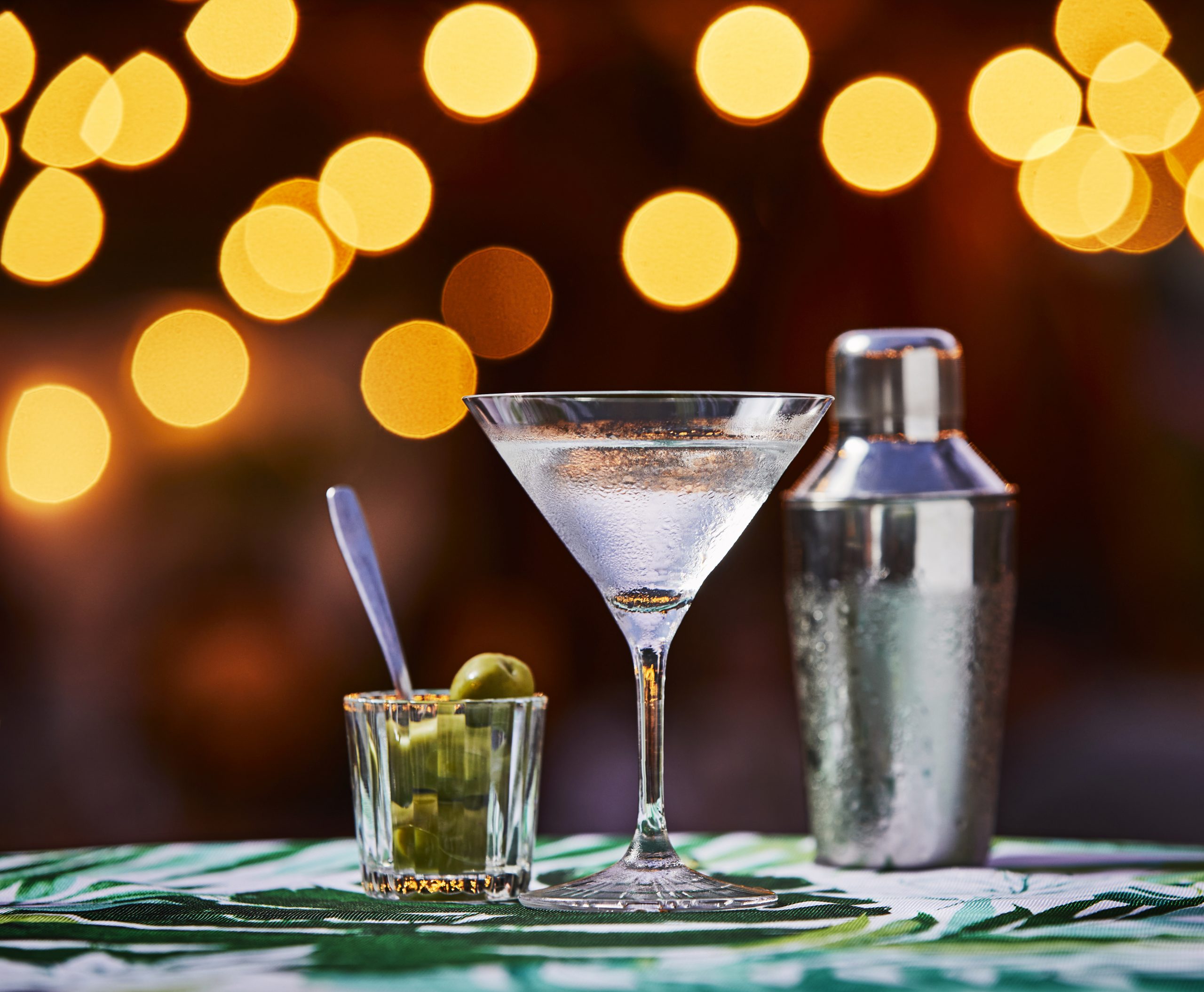 He’s extremely specific on how he runs the bar. Everything is on purpose. From how they garnish to how they pour a drink. And it’s not this theatrical experience that they are “reenacting but about accomplishing”. Will is adamant that understanding the reason and logic behind the ritual is the only way it will stick.

He talks about this with the team constantly. For example, “in bars, the bartenders leave the olives out to garnish the martini or whatever. And at some point, a drunk guest goes over and reaches their hand in and they grab an olive and it’s gross. And the bartender hates that person. And then they yell at the person and then the person hates the bartender. And it’s like, cool. This horrible interaction is no good for anybody, nobody wins. Take away the olives. Put them somewhere that a drunk person will not reach for them. Eliminate the source of tension and you have resolved the problem, not just that one time, but every time after.” 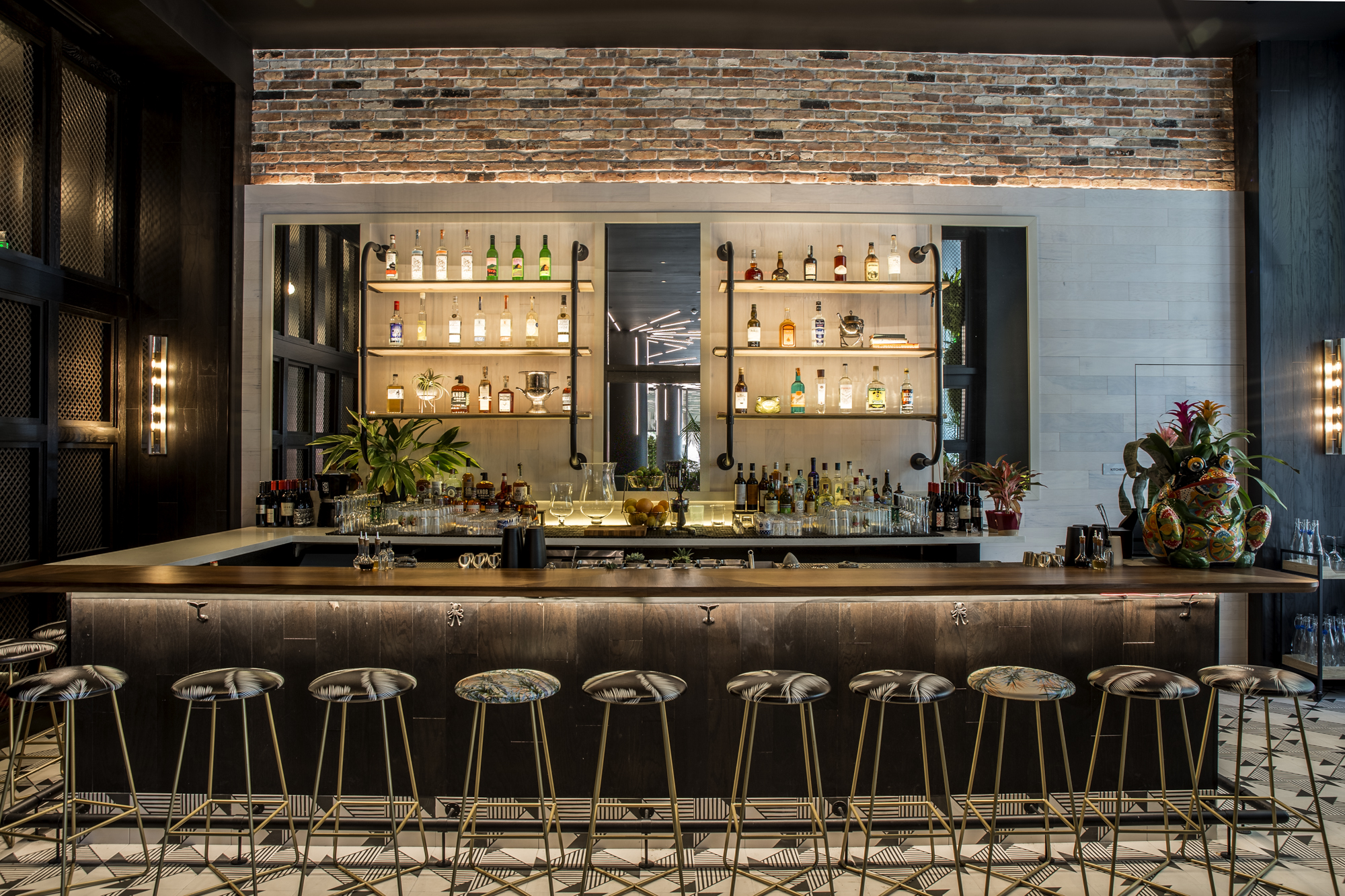 How they do things matters. Being meticulous and intentional is as visible in how the bar is run as it is in the creation of a strong team at Jaguar Sun and Sunny’s.

When hiring, it’s about attitude. Will focuses on, “does the person seem naturally hospitable? Do they want to work? Do they fit in with the culture? Everything else is secondary.” He’s looking for those that have a sense of community and collaboration.

During our conversation, we asked Will what he was like as a leader. He told us to ask his employees. Which is exactly what we did. We had the pleasure of speaking with Ashley Harris and Anthony Rettino. Both have been at Jaguar Sun for two years or so.

For Ashley, Jaguar Sun was her first hospitality job. She said that Will took a gamble on her. “He saw that I wanted to be there. It was beyond a paycheck.” And after living through 2020 with the Jaguar Sun team, there’s nowhere else that she would want to work. “They are relentless. And during the pandemic, they put people first.” She explained that Will and Chef Carey were clear in their communication with everyone, “yes this is a restaurant establishment but their job is to provide the team with careers before anything.” This is why those that work at Jaguar Sun take the job seriously, but not themselves, as Ashley mentioned.

There’s a certain camaraderie that they have built. You can feel it when you’re dining at Jaguar Sun or Sunny’s. From an outside perspective, you can sense that they are having fun and that they are family, as Anthony described the team dynamic.

Anthony reiterated that trust needs to be earned by Will. He has set a high standard and although it’s one of the most challenging jobs that Anthony has ever had, it’s also the most rewarding. He spoke about how Will challenges everyone through his actions to put in as much work and effort as he does. Will is the only owner that Anthony has worked for that spends countless hours behind the bar or touching tables. We’ve seen this many times.

But our favorite story about Will which speaks volumes about his character was when Anthony came in on a Monday and Will saw how exhausted he was and told Anthony, “I’ve got this.” He took over Anthony’s prep that included ordering & receiving liquor, making all the syrups and batches from scratch. “There is no owner alive who would do that.” And that’s Will.

None of what they do works if it’s just one person. Will explained, “you live by it—together.” He receives the staff in the morning and sees them on the way out after a long night. And they know that there’s nothing that he would ask of any of them that he won’t do himself.

Jaguar Sun will re-open its cocktail bar in Downtown on January 6, 2022. The drinks you love will be there and to mix things up they’ll be featuring a Basque pintxos food pop-up by the name of Gilda. Chef Juan Garrido’s Spanish menu will include a smoked yellowfin tuna marinated in espelette oil and an elevated grilled cheese made with ham, gruyere cheese, green apple butter, and black truffle. Jaguar Sun will be open Thursday through Sunday from 5 PM to 1 AM. Happy Hour will be available from 5 PM to 7 PM with $1 oysters and $10 classic cocktails.

Here are our recommendations:

The first thing you’re getting at Sunny’s is a classic martini with blue cheese olives. To start off your meal we recommend the oysters, parker house rolls with honey butter, wagyu beef tartare with leek ash aioli, and the marinated leeks with watermelon radish and hazelnut. As a main, we like the hanger steak or the Duroc pork chop with ALL the sauces; this includes a bearnaise, potato butter, salsa verde, pineapple habanero hot sauce, and more. And for dessert, an espresso martini. 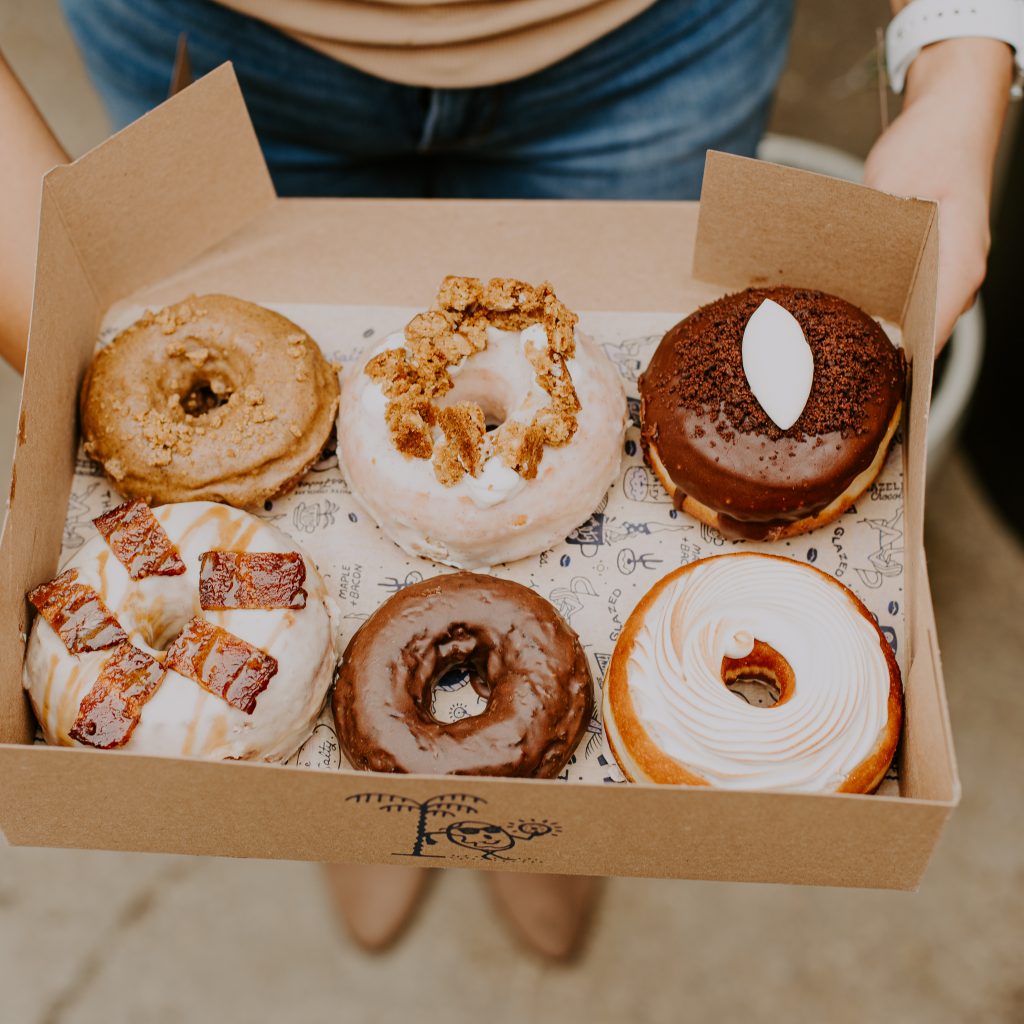 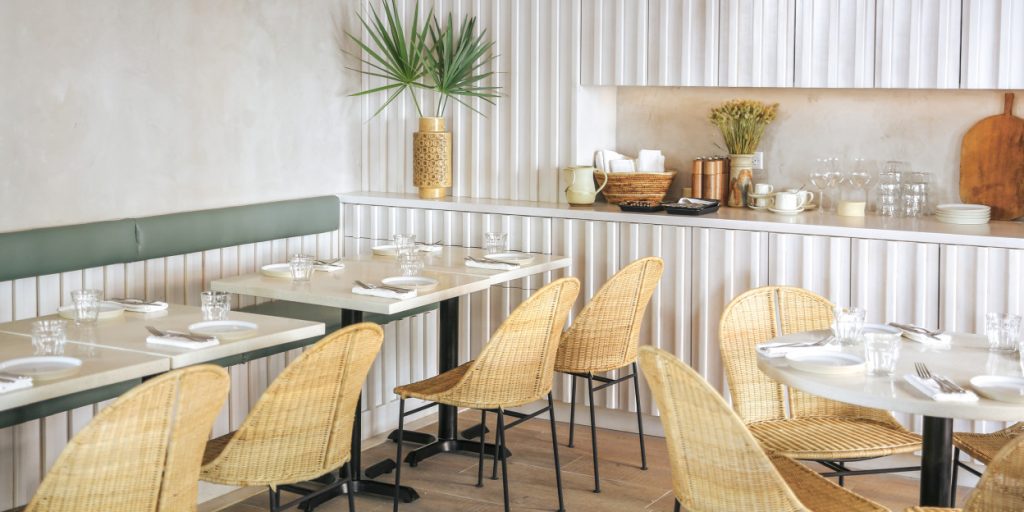 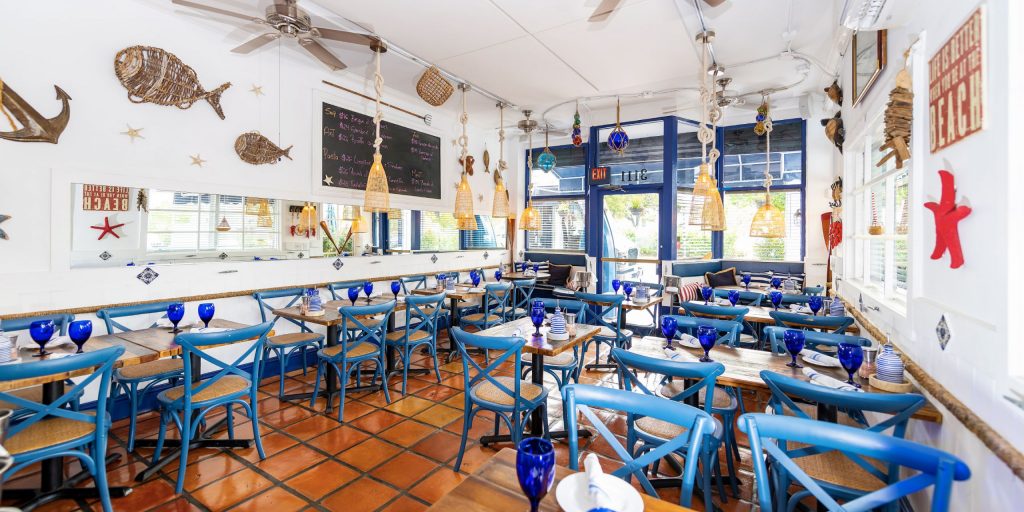 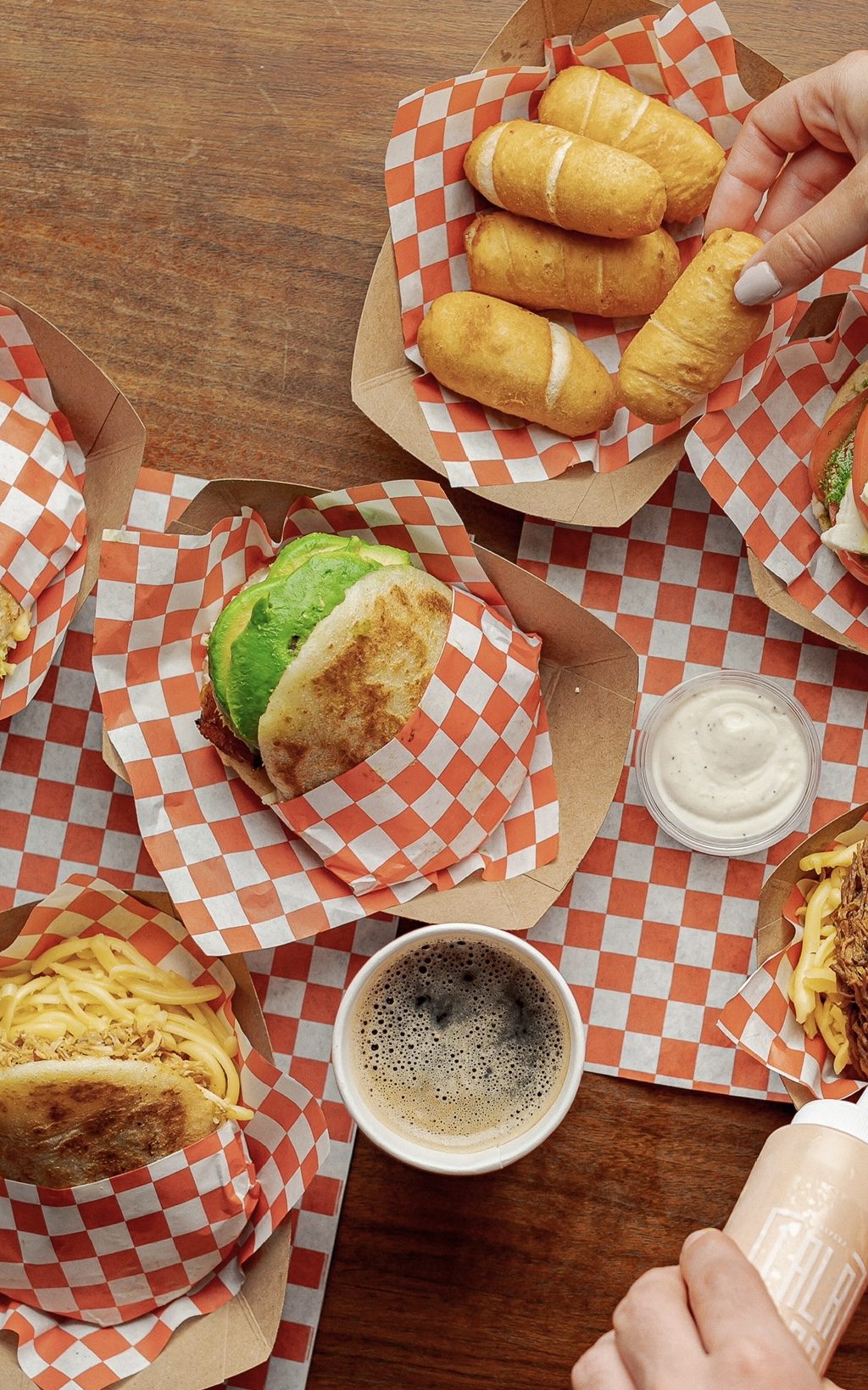 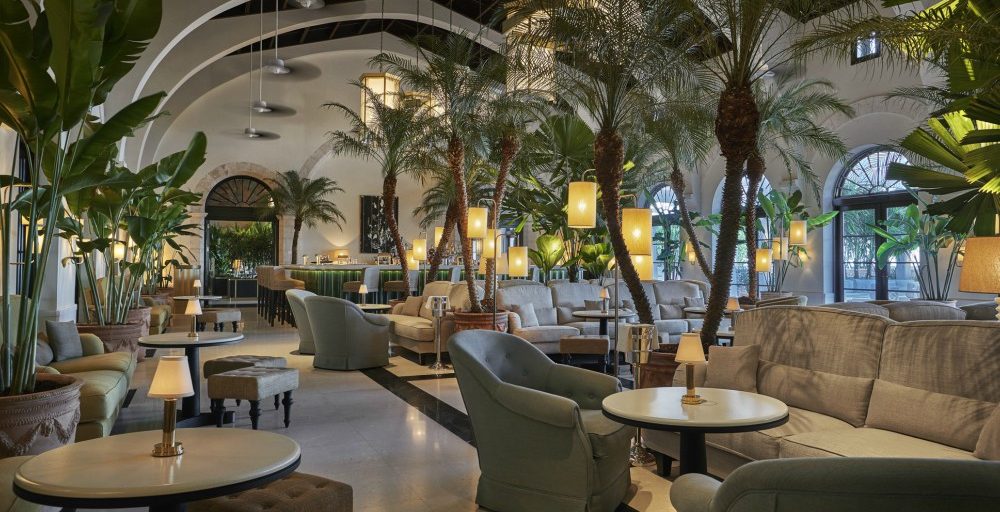 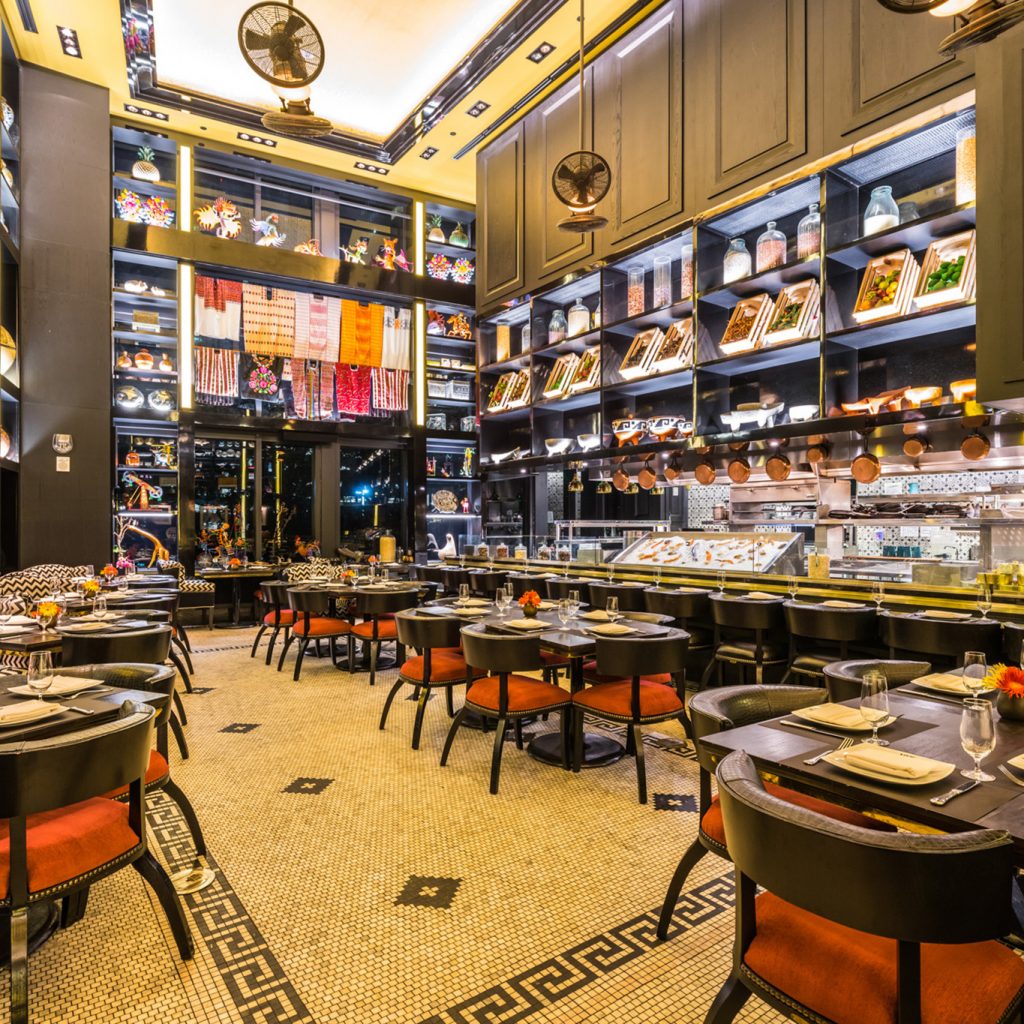 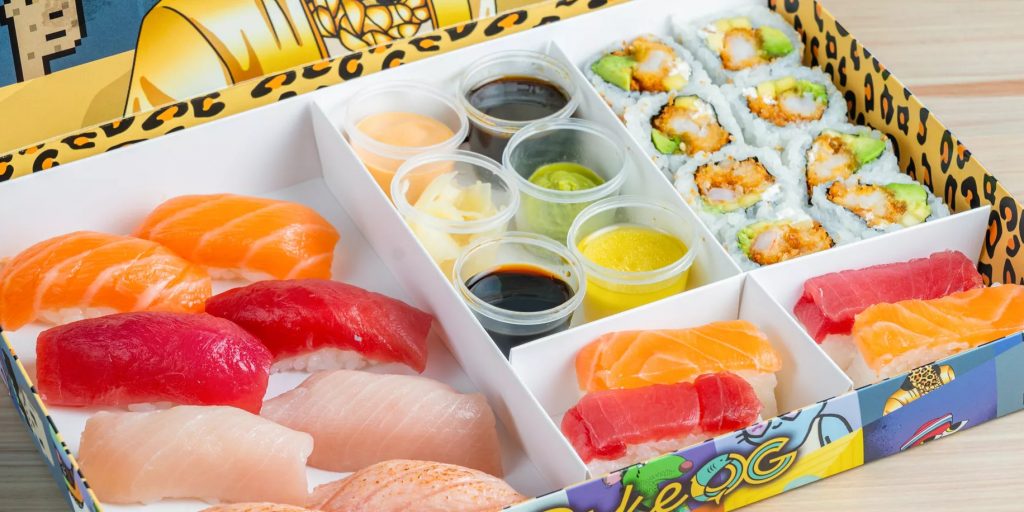 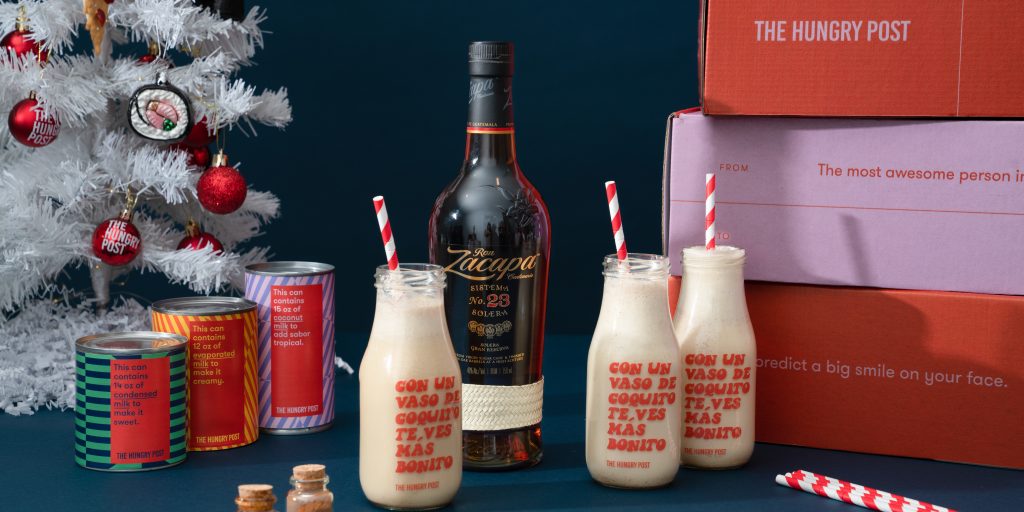