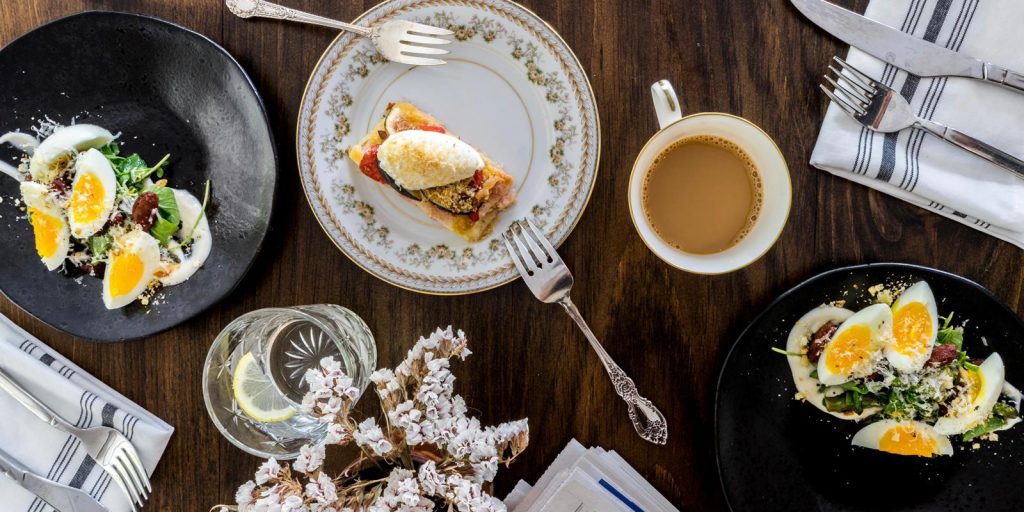 An Honest Conversation with Jamila Ross of Rosie's

In the historic neighborhood of Overtown Miami, you will find some of the best fried chicken in town. Rosie’s, a pandemic-born pop-up,  is located inside of The Copper Door Bed and Breakfast. This is a chef-driven Bed & Breakfast by partners in business (and in life) Chef Jamila Ross and Chef Akino West. 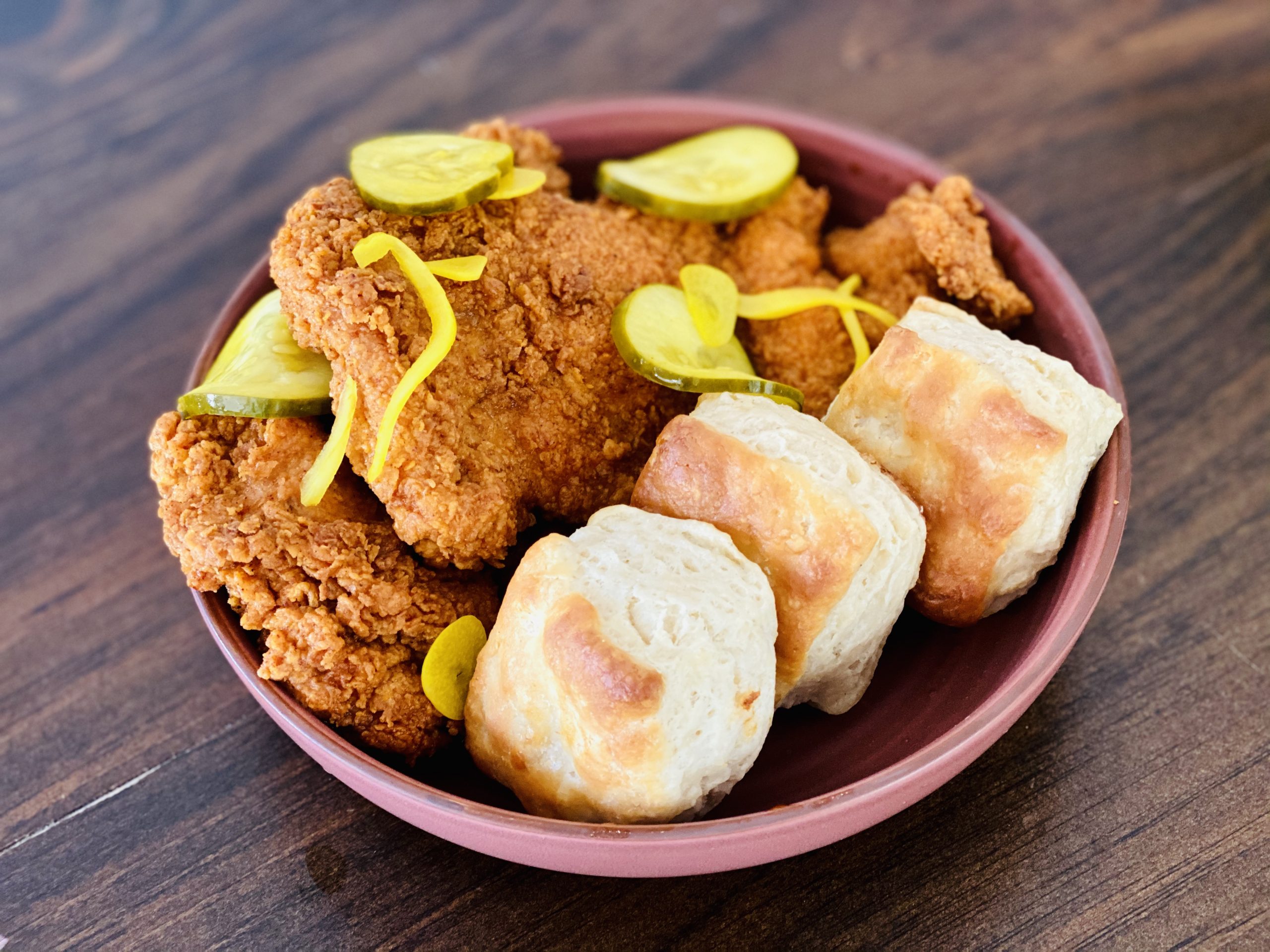 We dove into a deep conversation with Jamila Ross who represents Front of The House at The Copper Door and Rosie’s.

Jamila is a black woman and business owner. She opened up to us about her formative teenage years, working in the industry as a black woman, crude racism she experienced in kitchens, colorism, the true definition of culture shock, and where she is today. 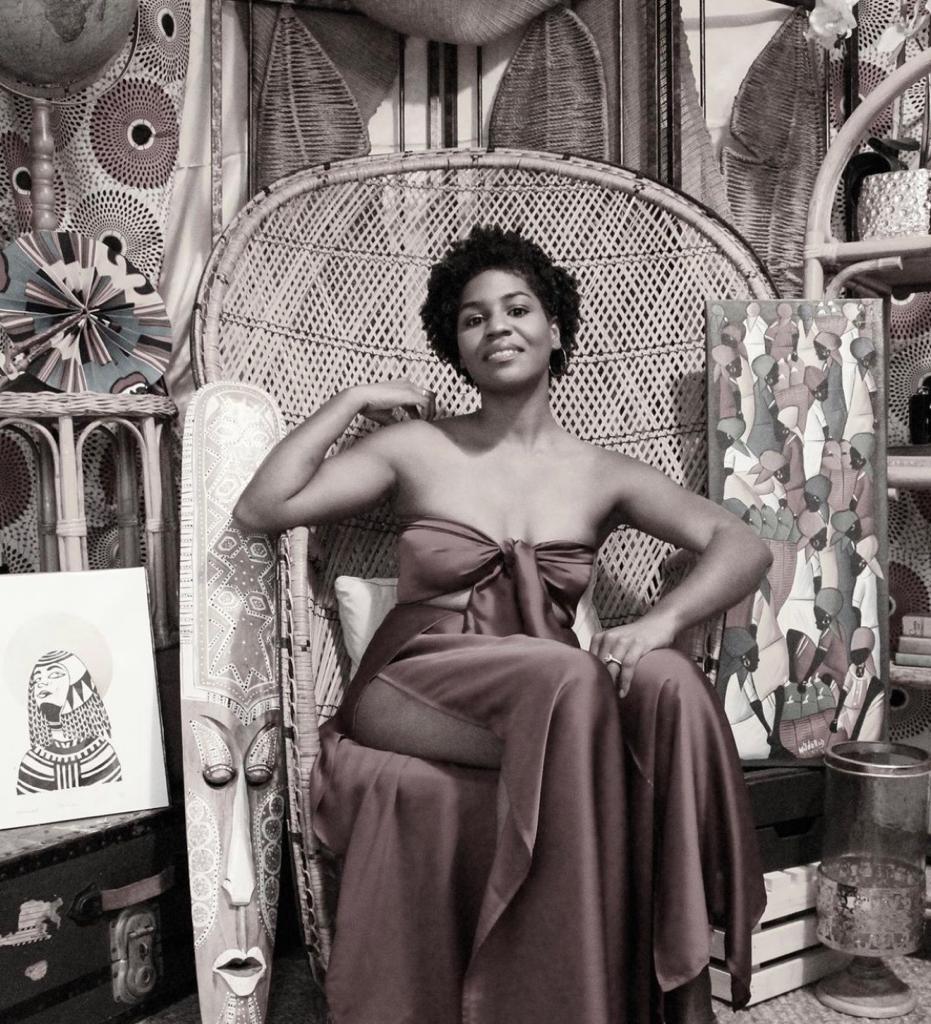 Initially, we were going to write just one piece about our conversation with Jamila but after listening to it several times, we realized that we could not condense certain topics.

This conversation had an impact on us and we want to share it with you.

So, in the coming months, you’ll be reading about Jamila’s story. We hope you realize the power of asking the important questions, the questions that make others feel seen and heard.

*Some quotes have been edited for length and clarity.

The conversation started like this: “How do you even feel about this question, “What is it like to be a black woman in the restaurant industry?”

“I don’t think I’ve ever been asked that and I would love to have that conversation. It’s a different experience. What I want people to take away from my story is that in the kitchens that I worked in, no one looked like me —ever.”

It all starts with Jamila’s parents. “My parents are white-collar professionals, office-type people.” Her dad is a business professor at New York University and her mom is a Senior Director of Diversity and Inclusion for a global law firm. When she approached them about wanting to start a career in the culinary industry, they were taken aback. “Working in a kitchen or ‘not being seen’ is historically something that my family felt we had overcome.”

One of her first of many racist encounters within the industry happened when she was 16 years old. Chef Peter Kelly, who she had worked for in the past, recommended her for a busser position at the Cromwell Inn in Cornwall. “I arrived and they took one look at me and said, ‘sorry we’re not hiring.’ I wasn’t asking to be a sous chef, I just needed a job.”

When she attended the Culinary Institute of America in Hyde Park, it wasn’t about getting herself noticed. Her upbringing taught her to keep her head down and to do the work. “I wish that I would’ve embraced the experience more and put myself out there.” However, that mentality is what she knew, that’s what she understood to be a recipe for success.

Additionally, she didn’t see many people at the CIA that looked like and represented her. She focused on being a “really strong cook” since she felt she didn’t belong. She believed that perfecting the craft would eventually open doors for her. Extremely well-deserved opportunities did come her way, not because she was lucky, but because of her drive and dedication.

One of these opportunities brought her to Miami. She was part of the team that opened the Bazaar by Jose Andres at the SLS in South Beach. Soon after, she accepted a supervisor position in the Middle East, working at Katsuya in Kuwait and Dubai.

We spoke about the cultural shock, sexism and racism she experienced while in the Middle East. “It felt like I was going back in time. A good 50 years.” What she dealt with for two years abroad were “deep encounters and deep situations” that wore her down and were exhausting.

In the first two weeks of arriving, she was waiting in line to buy bread. There were certain protocols that she was already aware of such as keeping social distance (the irony), covering parts of your body and more. While waiting, the baker shouted at her in Arabic. The man in front of her turned around and said, “MAN ONLY, MAN ONLY”. Still confused, she saw the man pointing to a small window where women were buying their bread. She knew exactly where she was but didn’t think this simple transaction would separate genders.

Those were just minor cultural shocks compared to what else she faced. Working as an ex-pat, she saw the disparity between the rich and those that came from India, Bangladesh, Pakistan and South Africa for work. “Kuwaitis and some Emirates don’t hold entry-level jobs. Their oil money sustains their lives.” She wasn’t prepared for the way she and others were treated.

The ignorance of these multi-millionaires was astonishing. They were accustomed to always “being right” simply because of their level of wealth. “You have this exponential amount of money with high ignorance and it just becomes a recipe for disaster.”

There were other instances, where, for example, the guest would automatically assume that she was from Ethiopia. However, the minute she opened her mouth, the conversation completely shifted because she was American.

Every encounter was challenging. Time after time, she would welcome guests with her beautiful smile asking them how their meal was going. Common reactions included blankly staring at her, laughing in her face, or blatantly ignoring her existence. “Sometimes it was very upsetting and other times you just have tough skin and you would say, ‘OK assholes!’ Keep it moving.”

And that’s what she did. 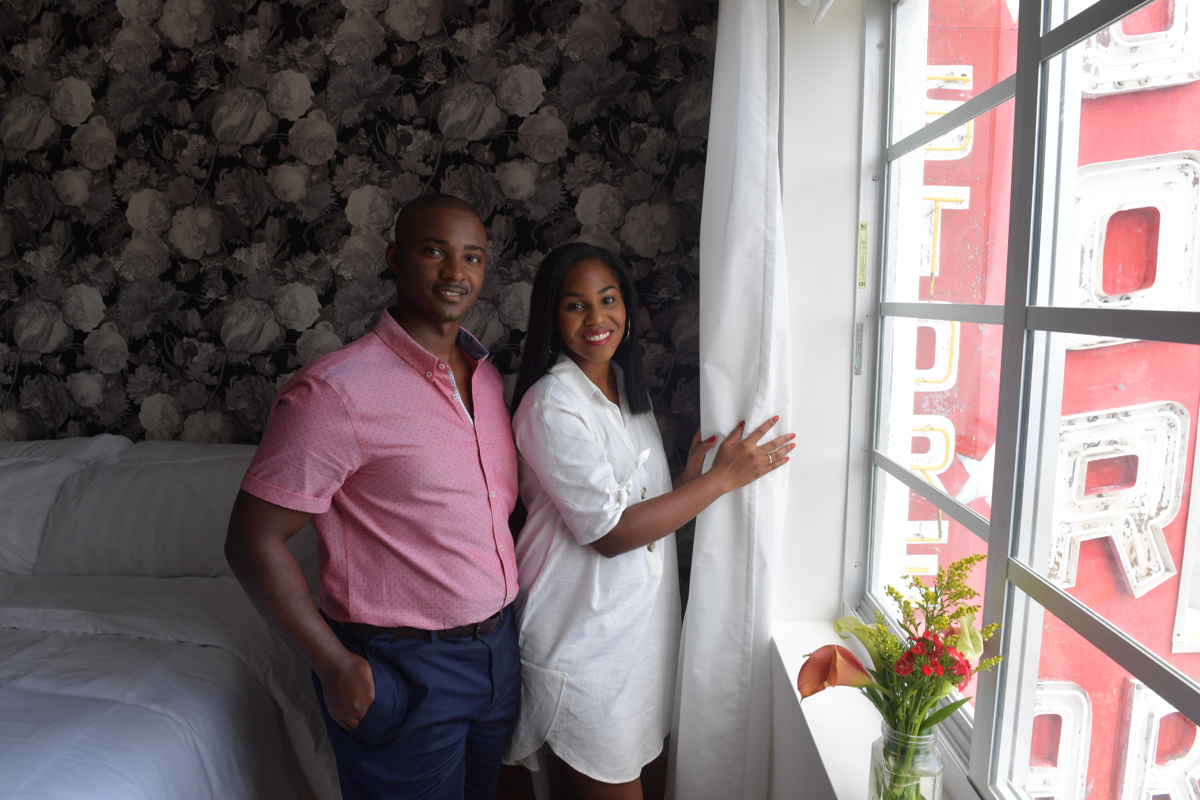 After two tiresome years, she returned to Miami, where she re-connected with her now-fiance, Akino. After hustling various gigs that included accounting for JoJo Tea and managing an Airbnb, they decided to open up a restaurant. 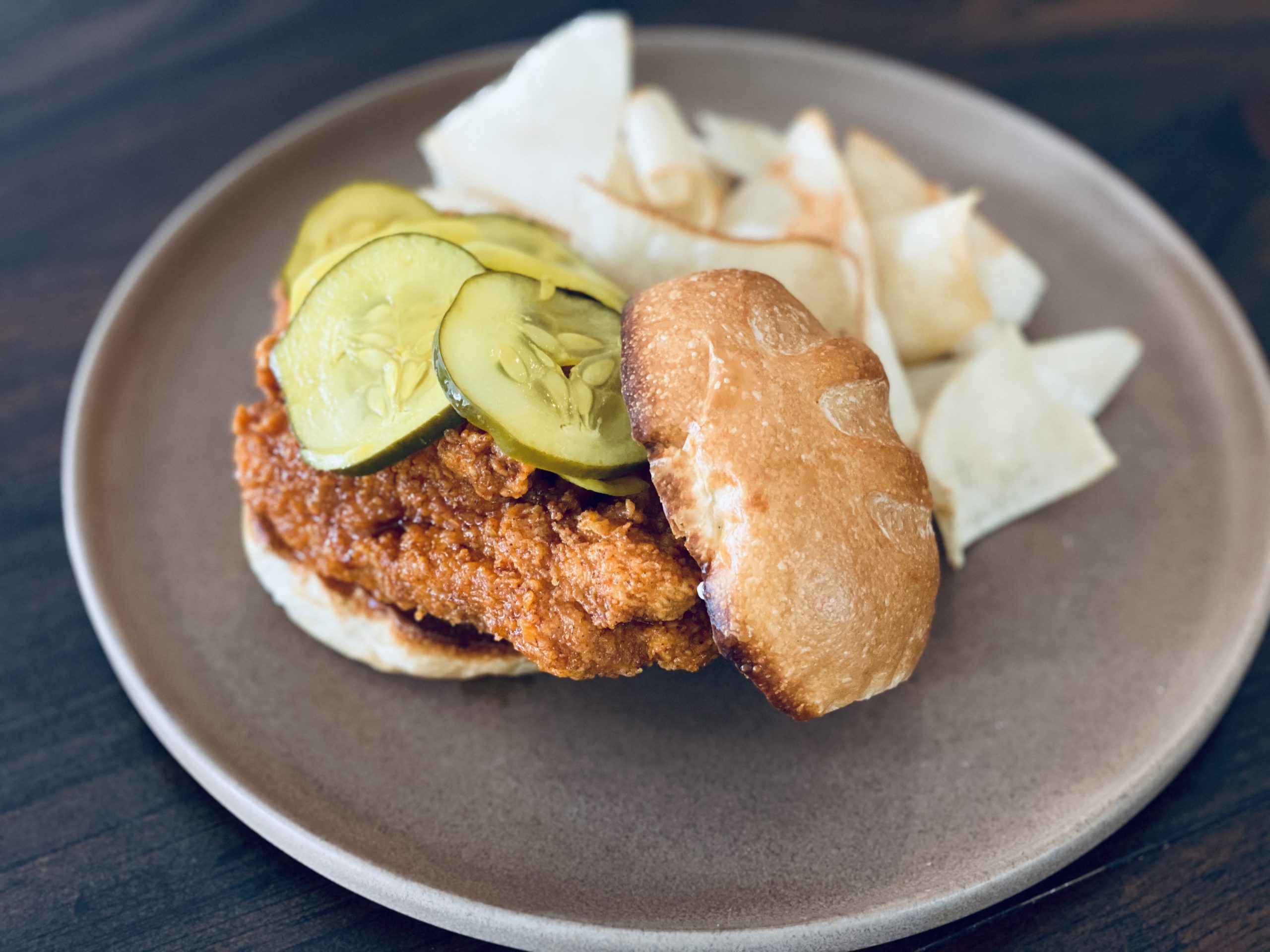 Coincidentally, in December of 2017, one of the first spaces they saw would become The Copper Door. “Since that meeting, my whole life has been dedicated to that building and that business. We dropped everything else for that.” Their dogs moved in with Akino’s mom and they moved from a three-bedroom house to a small studio.

Six months later, in July of 2018, with construction still going on, they opened The Copper Door Bed and Breakfast. By February of 2020, it was going well. They were learning as they went and were looking into the conceptualization of Rosie’s, which would be a full-service cafe. 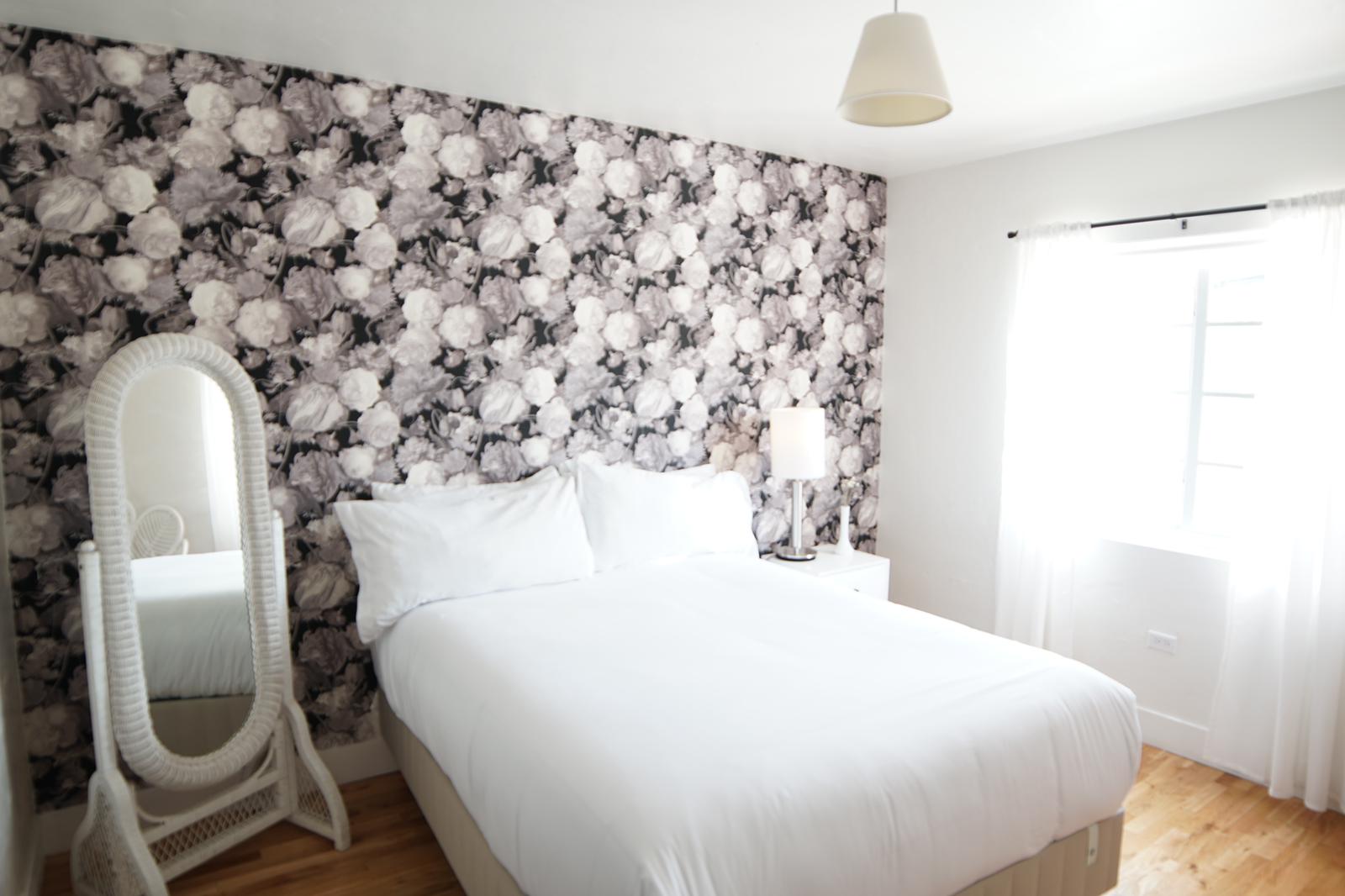 In March, they started receiving phone calls. The pandemic had begun and guests were canceling their rooms. “It was a nightmare. Literally within 48 hours, shit completely hit the fan.”

Fast forward to now, Jamila and Akino have received grants and support from the community allowing them to remain open and create an outdoor space for Rosie’s. 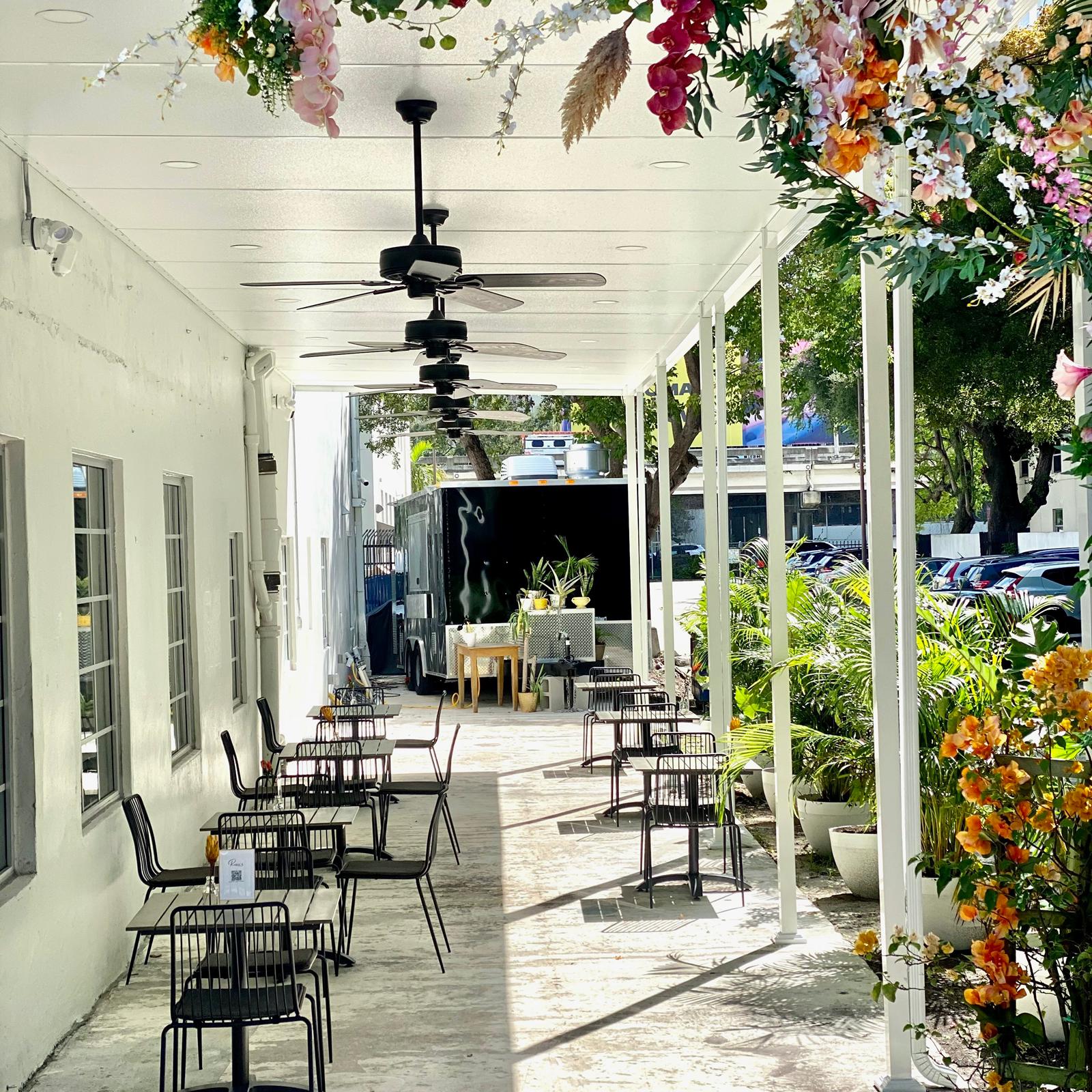 When we asked her how things were going she said, “It’s like having two children. One is quiet and you are worried about how quiet they are and the other one is the Tasmanian devil and you’re just trying to keep up with it.”

The grind is constant and it doesn’t stop. The Copper Door is still suffering and not where they want it to be. Jamila admits, “I’m very sensitive about it and worried. Rosie’s is on a high and outgrowing itself week after week.”

Jamila is optimistic about the future of their business. Guests have embraced the delicious food and heartwarming service at Rosie’s. She has also put together a young and eager team that she is proud of.

These creative individuals are a reflection of her and Akino. She hires those filled with personality, those that she admires, that speak out and address issues of racism and inequality. More importantly, she is no longer afraid to be her true self.

She’s hopeful that young black women who want to pursue a career in this industry will now feel that they can. “I find joy in knowing I can represent them.” 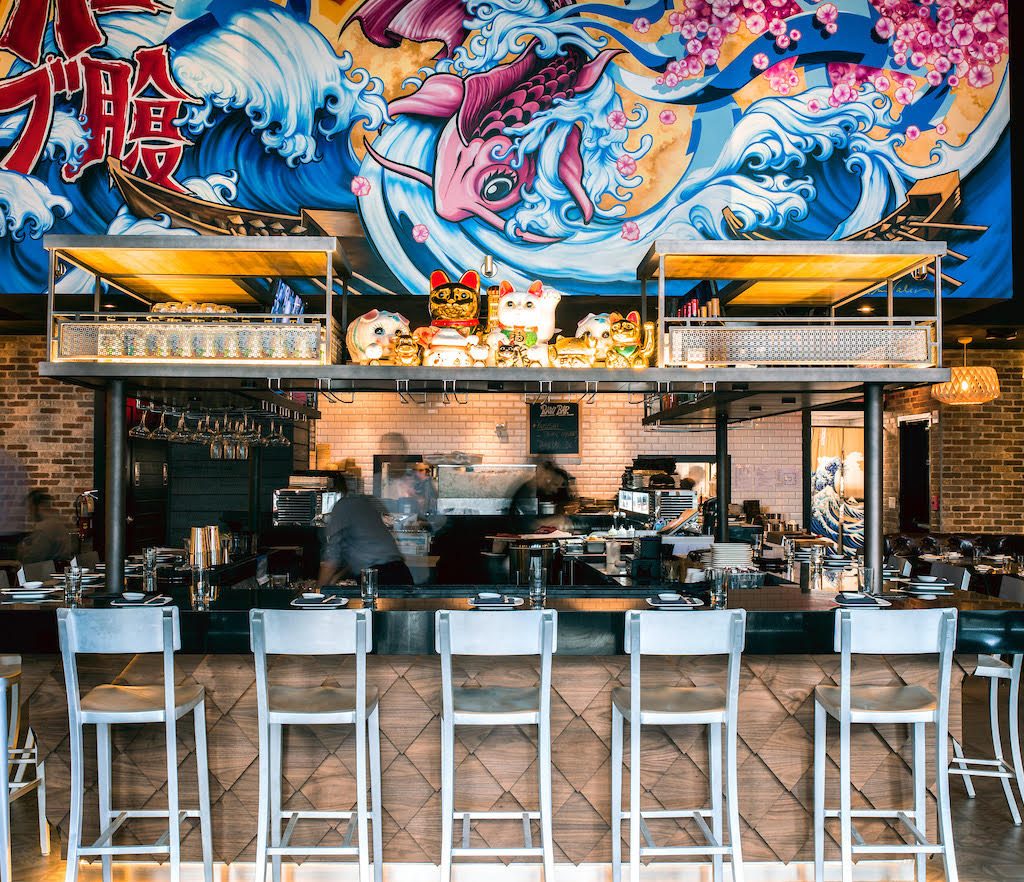 Where to Celebrate Pride in Miami 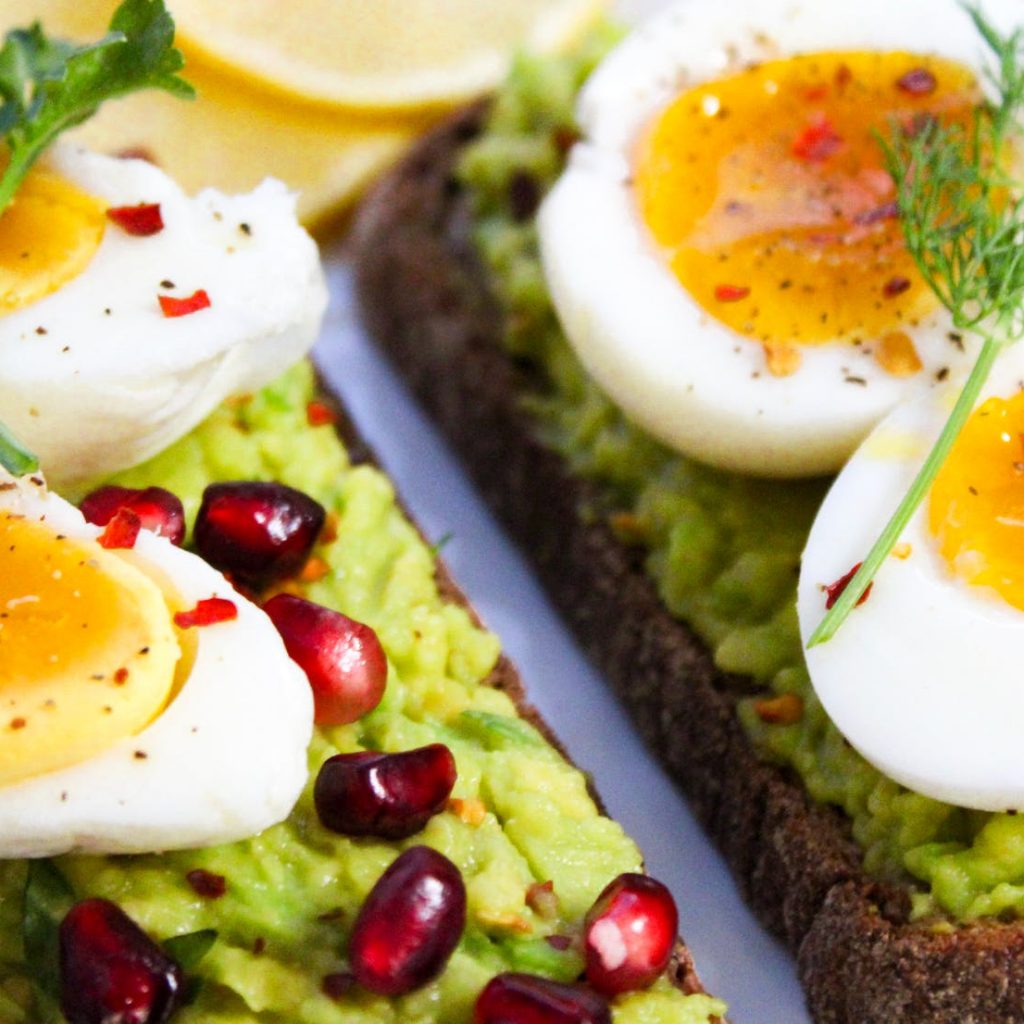 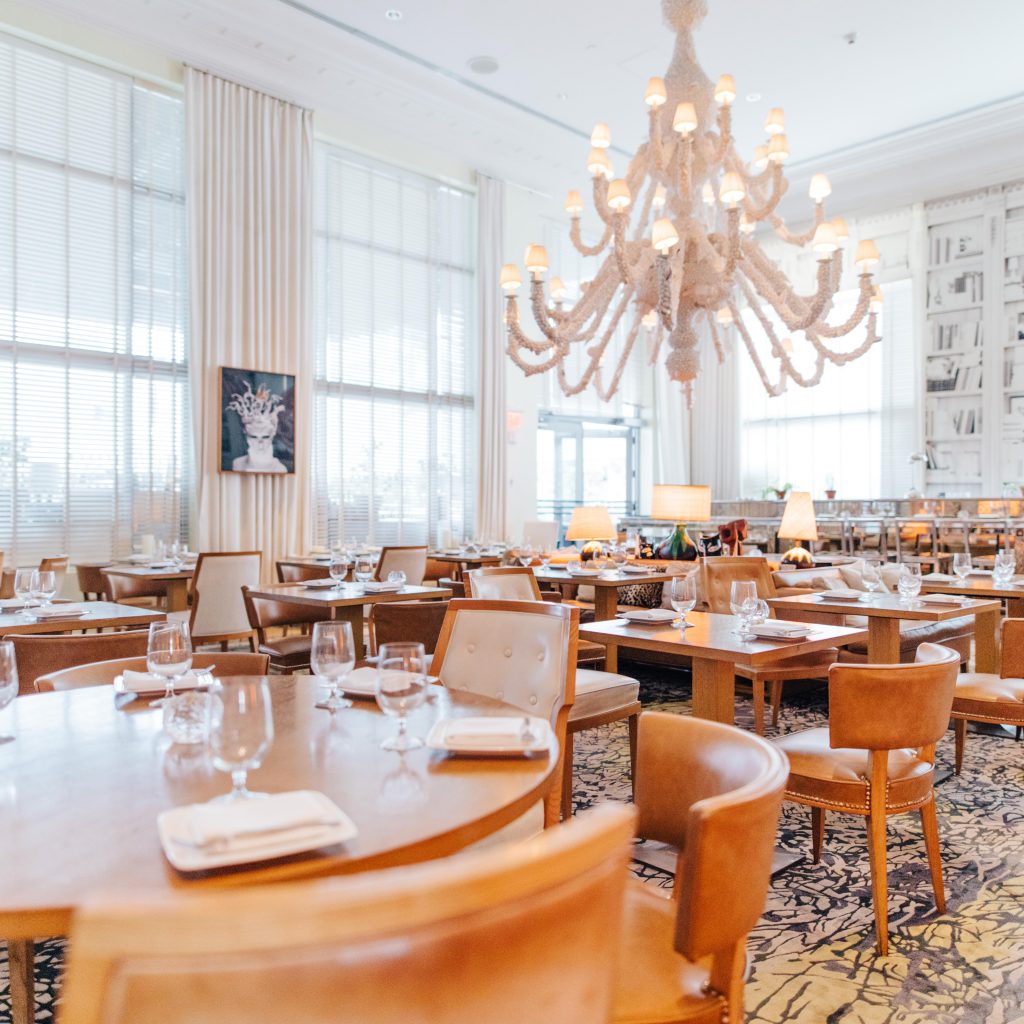 Dad bods are in this summer, so keep dad on trend this Father’s Day 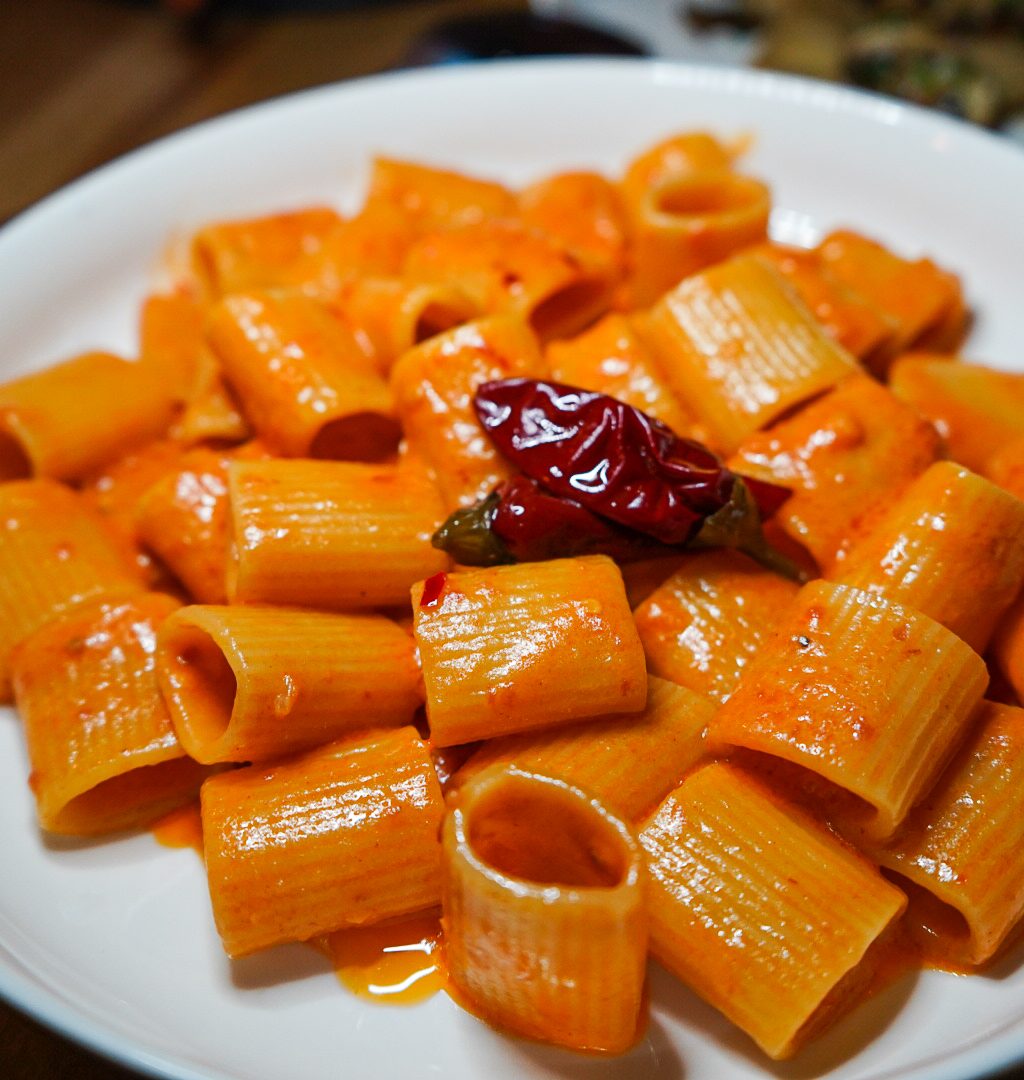 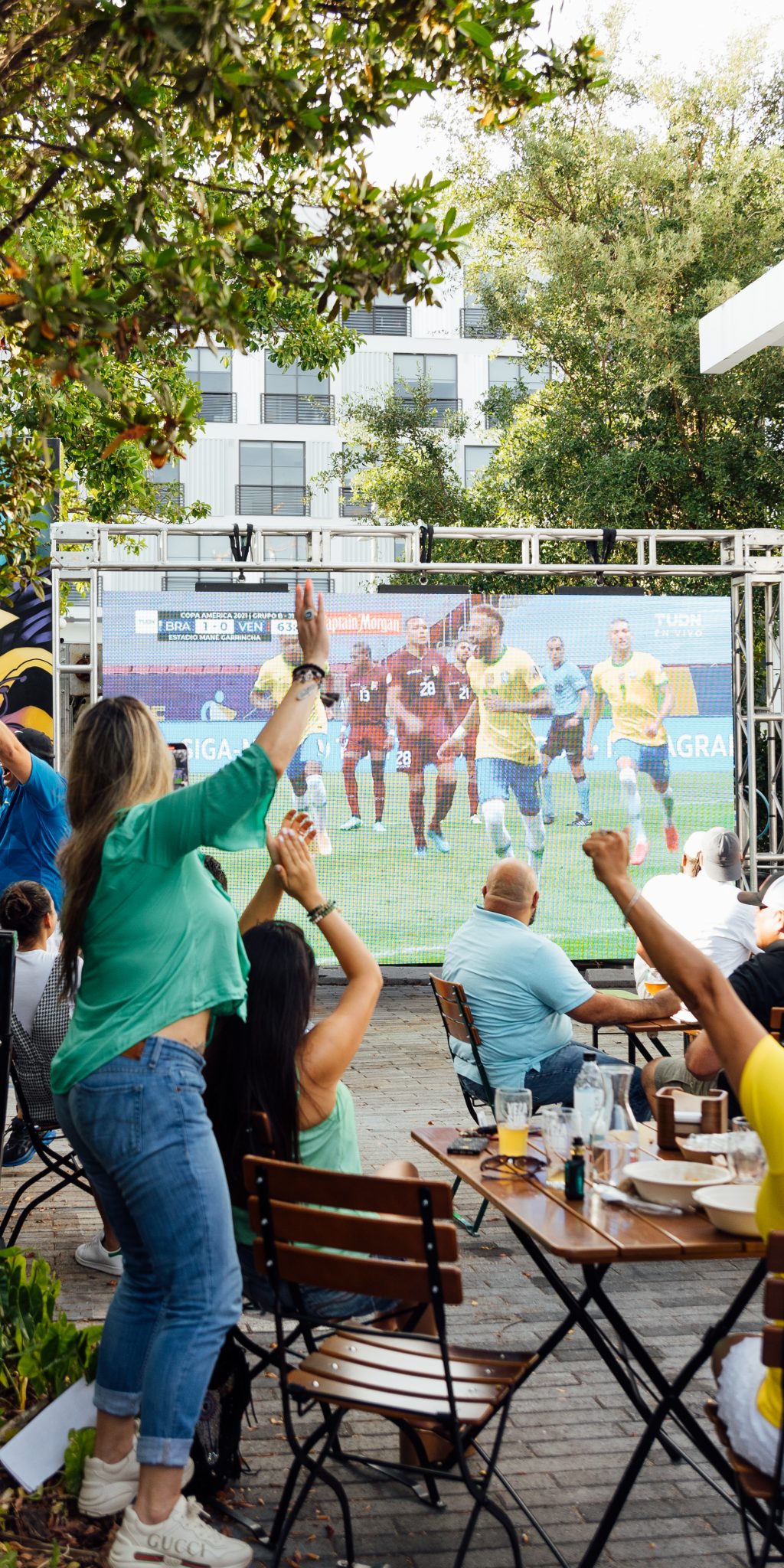 The best restaurants & bars screening all the fútbol games

Where to watch the Copa America, Euro Cup and Gold Cup this summer in Miami 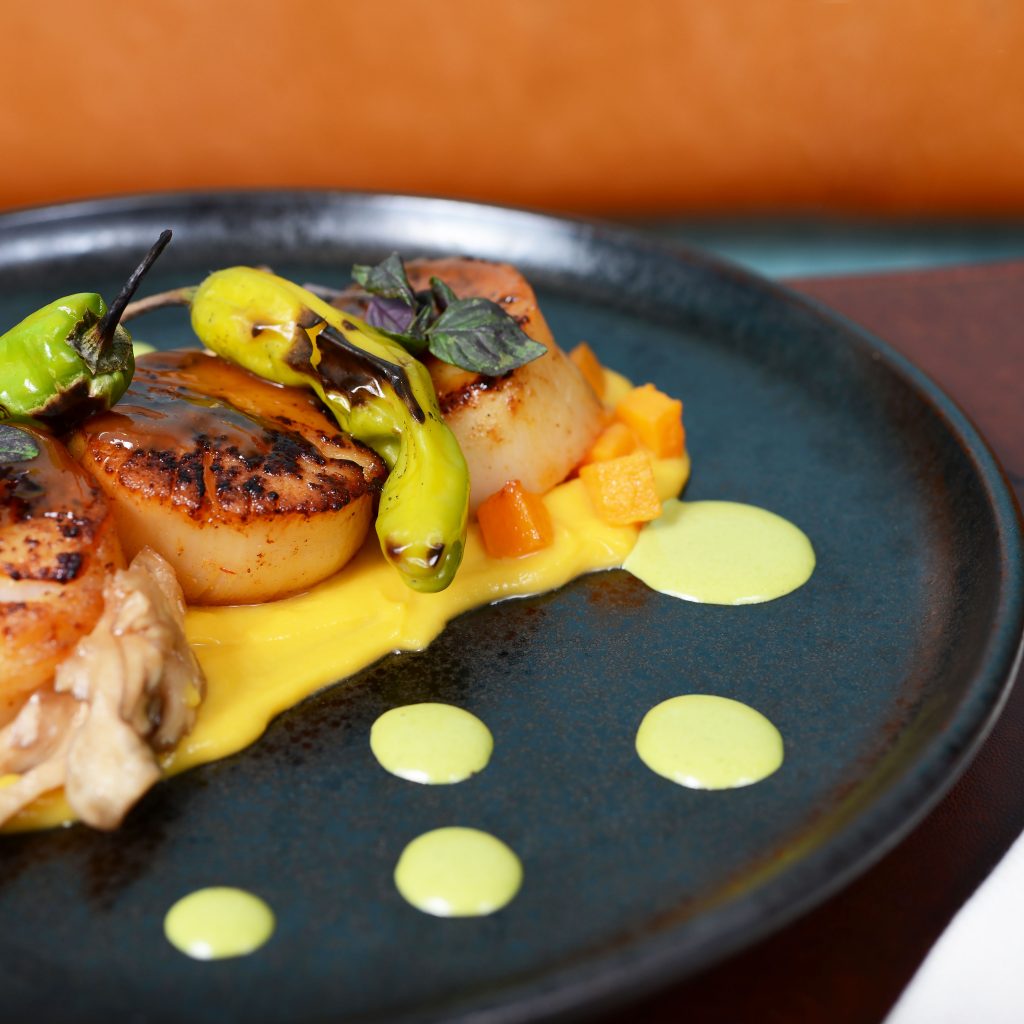 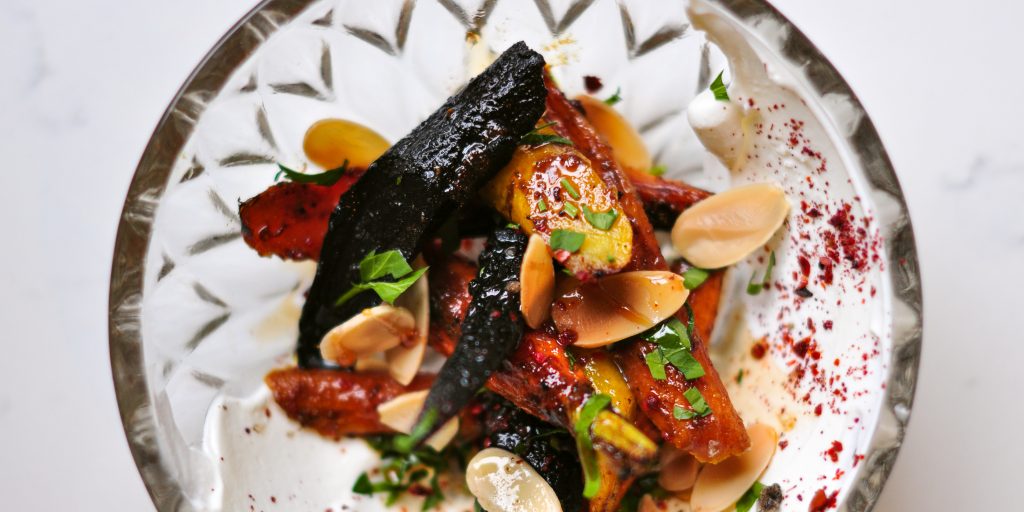 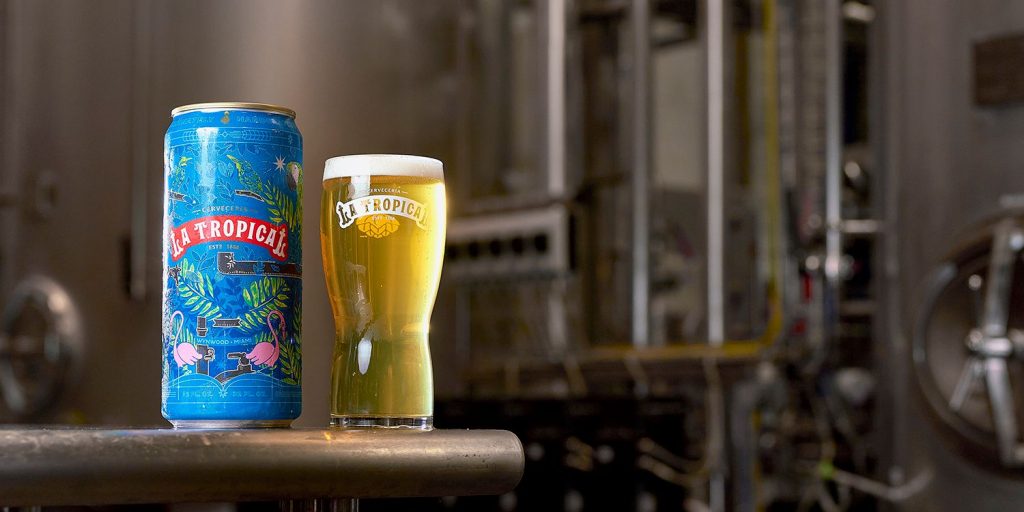 What to bring to your Father’s Day lunch in Miami

The “get your sh*t together” guide for Dad