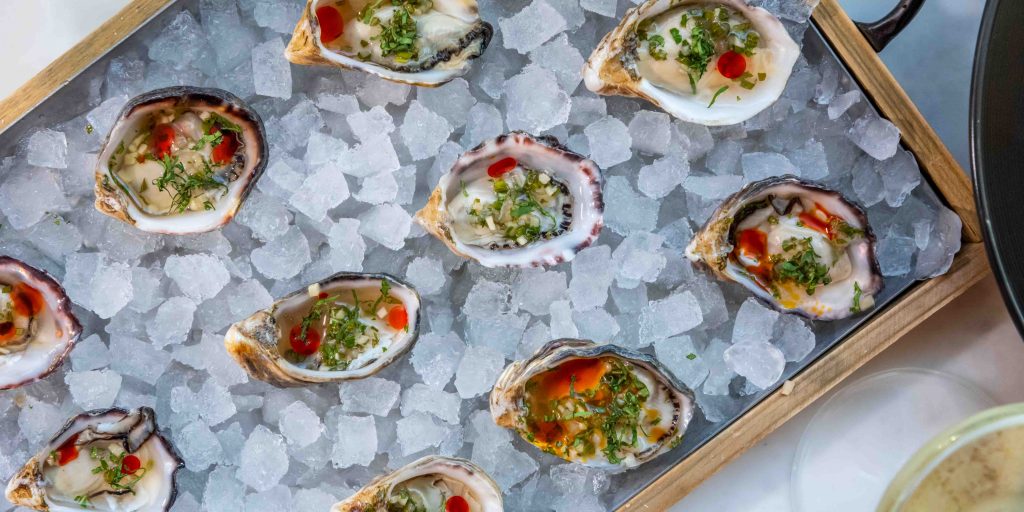 That first bite when you say to yourself, “this is going to be good”.

With the influx of food halls that we’ve seen in Miami since 2018, it’s overwhelming to know where to go and what you’re getting. We love trying something here and something there, but when are we really blown away by a food hall concept?

These chefs and cooks are working with limited room and it can be challenging to execute. However, recently, we were pleasantly surprised.

Inside of the MIA Market in the Design District, you will find Ruby Dee’s, a technique-driven, global dining concept by Chef Daniel Roy. 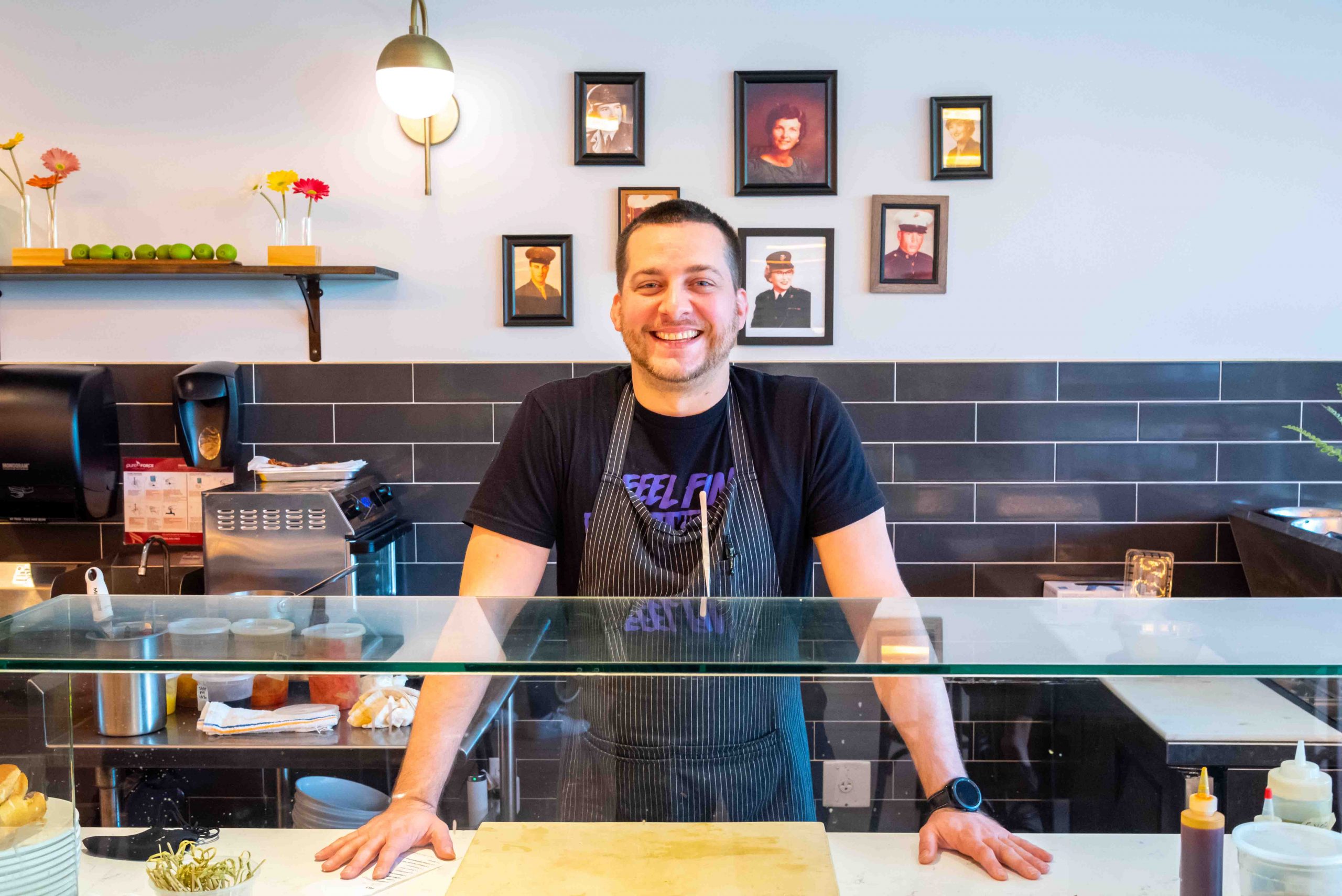 Chef Daniel has one convection oven and a burner and he makes magic happen in a 5×20 space.

He thrives off of changing people’s perceptions and loves being underestimated. He looks “for that guy that isn’t getting off and [he] makes him get off.” (Don’t judge us, we’ve been watching Almost Famous too much).

His burger gets a jaw-dropping response.

Guests take one bite, they stop and look directly up at him and his team. You can see it in their eyes. It’s a classic burger on a potato roll with American cheese, lettuce, tomatoes, onions and a Japanese Kewpie mayo-based sauce. But it takes you back, as he described, to Sunday when dad was grilling burgers.

We can relate. After our first forkful of the hamachi tartare, we knew this was going to be good.

THE MIND BEHIND RUBY DEE’S

Chef Daniel Roy’s story doesn’t include a moment in time where he thought to himself, “cooking is my calling.” No one in his family is a chef but he grew up in a household where Grandma baked and Dad taught him to make breakfast when he was only eight.

His independence at a young age stemmed from his grandma’s marine corps background. It impacted his life and shaped how disciplined and focused he is in the kitchen.

He is competitive by nature and doing what he does every day keeps him sharp. “You lose it if you don’t use it.”

Chef Daniel believes that his team will only improve when you are present, working side by side. “When you’re on the line, next to them, cooking, you’re going to make them better and they respect you more for that.”

Hearing him say, “running the pass, plating on the inside pass, touching the food,” was almost poetic jargon to us. They call it “the dance” and there is a subtle beauty to it. It’s a sensory experience of knowing all the motions and being able to think one step ahead. 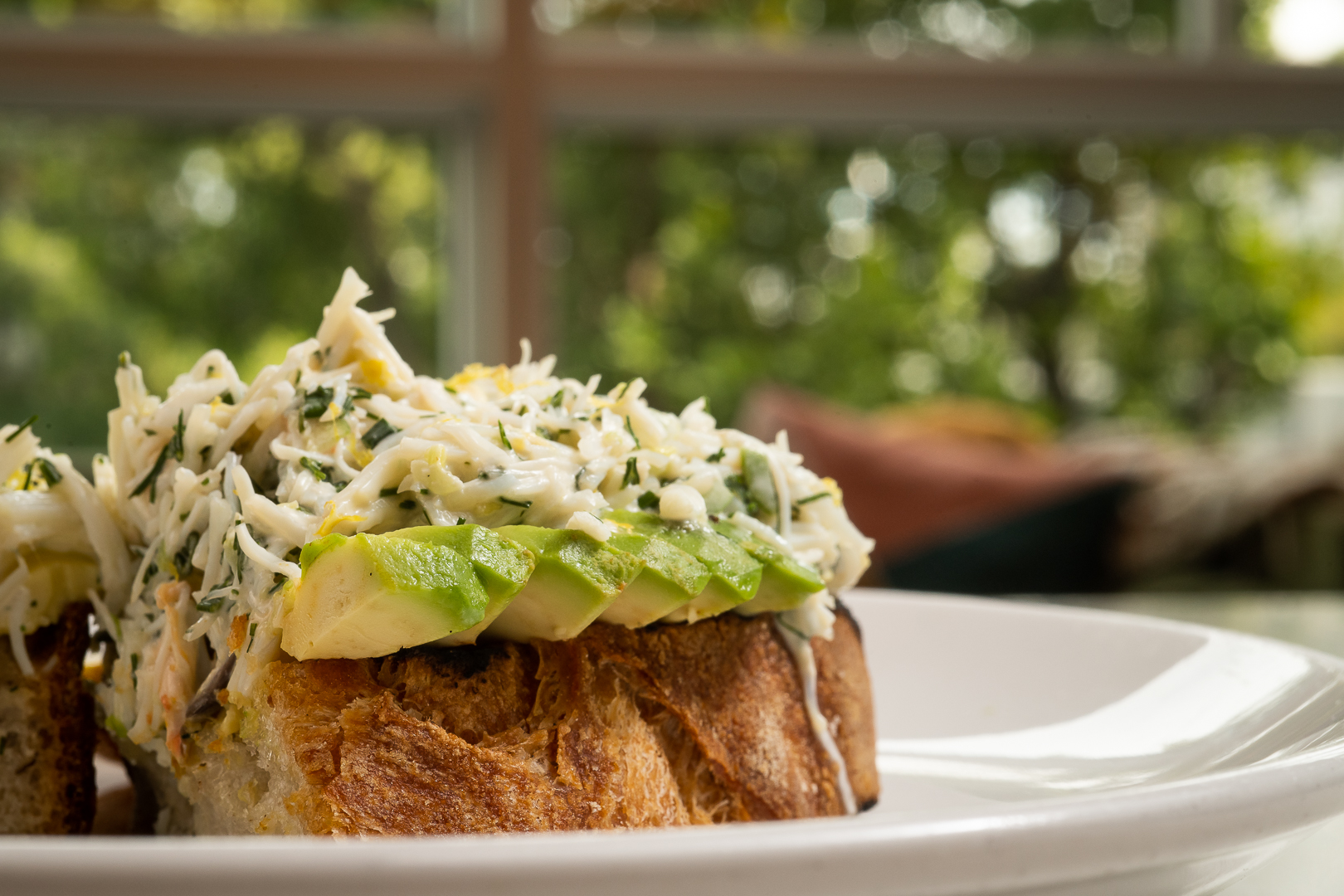 The most life-changing kitchens of his career have been 3030 in Fort Lauderdale, Jean Georges’ Matador Room in the Edition Hotel and Stubborn Seed in Miami Beach. At these restaurants, he learned how to build his palate, understand taste, the fundamentals of creating recipes by the gram and the intricacies of plating a dish.

Chef Jeremy Ford of Stubborn Seed and Gregory Brainin, culinary director of Jean Georges are among some of his mentors that have inspired his growth. “Working two years for Jean George and with Greg completely changed everything in terms of conceptualization when it comes to food. All the zest I use, that comes from Greg.” (Special thanks to Greg because we love that zest.)

THE CONCEPT AND MENU

Ruby Dee’s was named after Chef Daniel’s grandmother. On the back wall of his tiny space, you can see photos of when Ruby was in the marines. There are hints of red on the menu that represent the colors of the marine corps.

The food is elevated and lightly refreshing. The menu is healthy although he shies away from that word because there are no avocado toasts here. He doesn’t use any added sugars and instead focuses on natural sugars that can be found in carrots and oranges. Only two of his dishes have butter and nothing is fried. Everything is made from scratch except for ketchup and grain mustard.

At Ruby Dee’s they are executing composed dishes. It comes down to presentation, taste and hitting all the components: acid, texture, and balance.

Timing and effort into what they use and how they source ingredients is the essence of how Chef Daniel’s food comes to life. They use local bread from La Provence, hydroponic arugula from Davie, same day clipped and delivered lettuce from an indoor grow-house called Boxgreens.

There is a certain standard that is respected. Chef Daniel won’t take Kusshi oysters if they are more than seven days out of the water and he’ll send back the salmon if it’s bruised. They’ve even switched the picanha six times before they found the one they liked.

The menu at Ruby Dee’s is divided into three sections: Raw, Greens n Things, and Mains. Come hungry and try to go with a group of 3 or 4 so you can try a little bit of everything

Our favorites include:
From the Raw Bar you’re getting both of the dishes. The Kusshi oysters with a ginger mint mignonette, paprika oil and cilantro and the salt-cured hamachi tartare with soy ginger shiitake dressing, avocado mousse, radish and crispy quinoa. 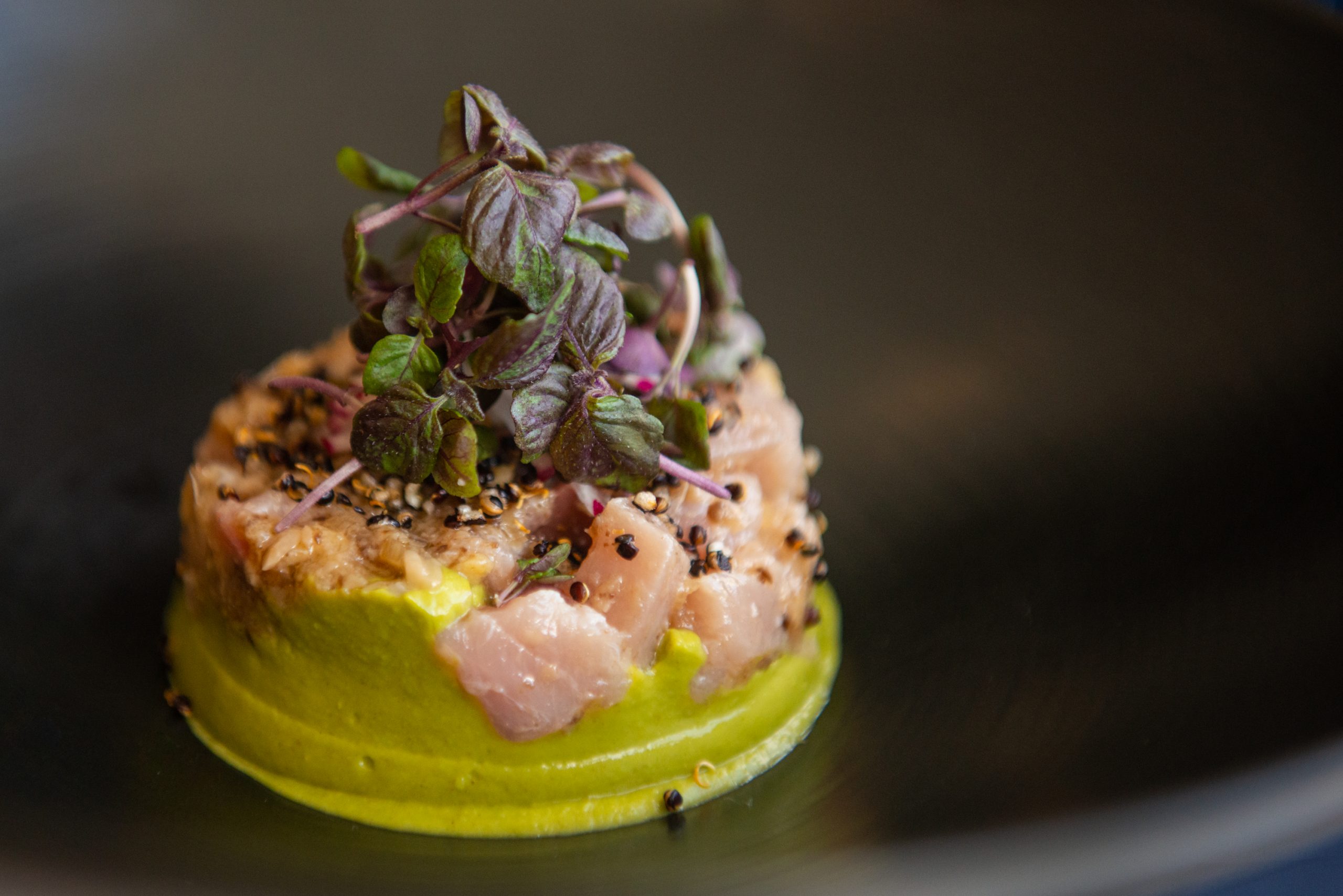 If you’re a lover of sandwiches then you have to try the turkey sandwich. It has no shortcuts. They brine, cook and slice the turkey. It also comes with a herb aioli, basil, parsley, chives, hydroponic arugula from Davie, heirloom tomatoes, Swiss cheese and bacon. It’s honestly one of the best turkey sandwiches we’ve ever had and we still need to add it to this list. 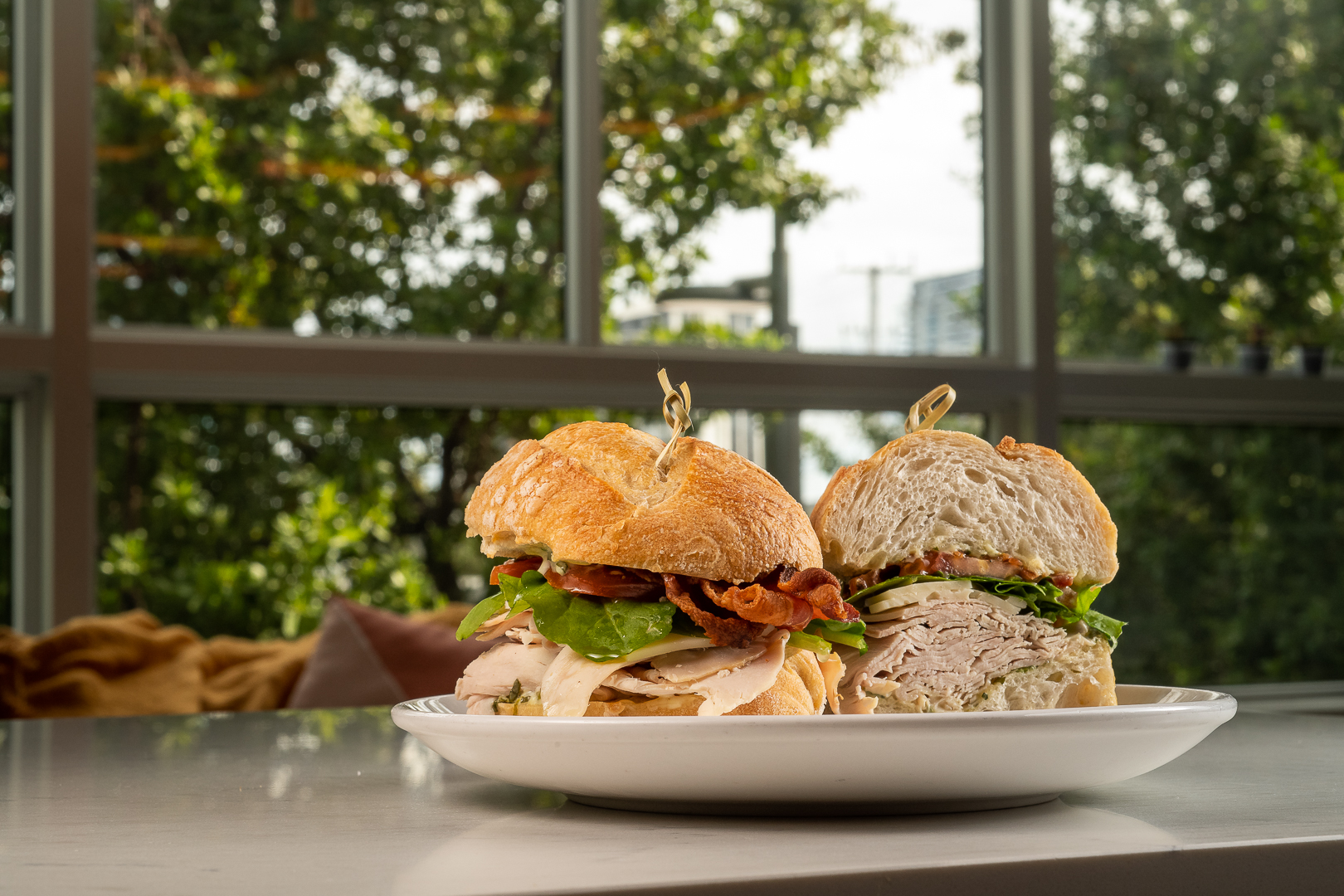 You can’t skip the Greens n Things section. Our favorite was the charred maitake mushrooms, served with a truffle yuzu emulsion, 24-month Parmigiano, chives and that lemon zest.

The romanesco dish is also a must. It’s one of Chef Daniel’s favorites. They fold a feta and goat cheese blend into a house-made Harissa sauce and finish it off with pepitas, garlic crumb, mint and parsley. It embraces every note that he likes in a dish. “Spice, feta tang in the sauce that hits the sides of your mouth.” 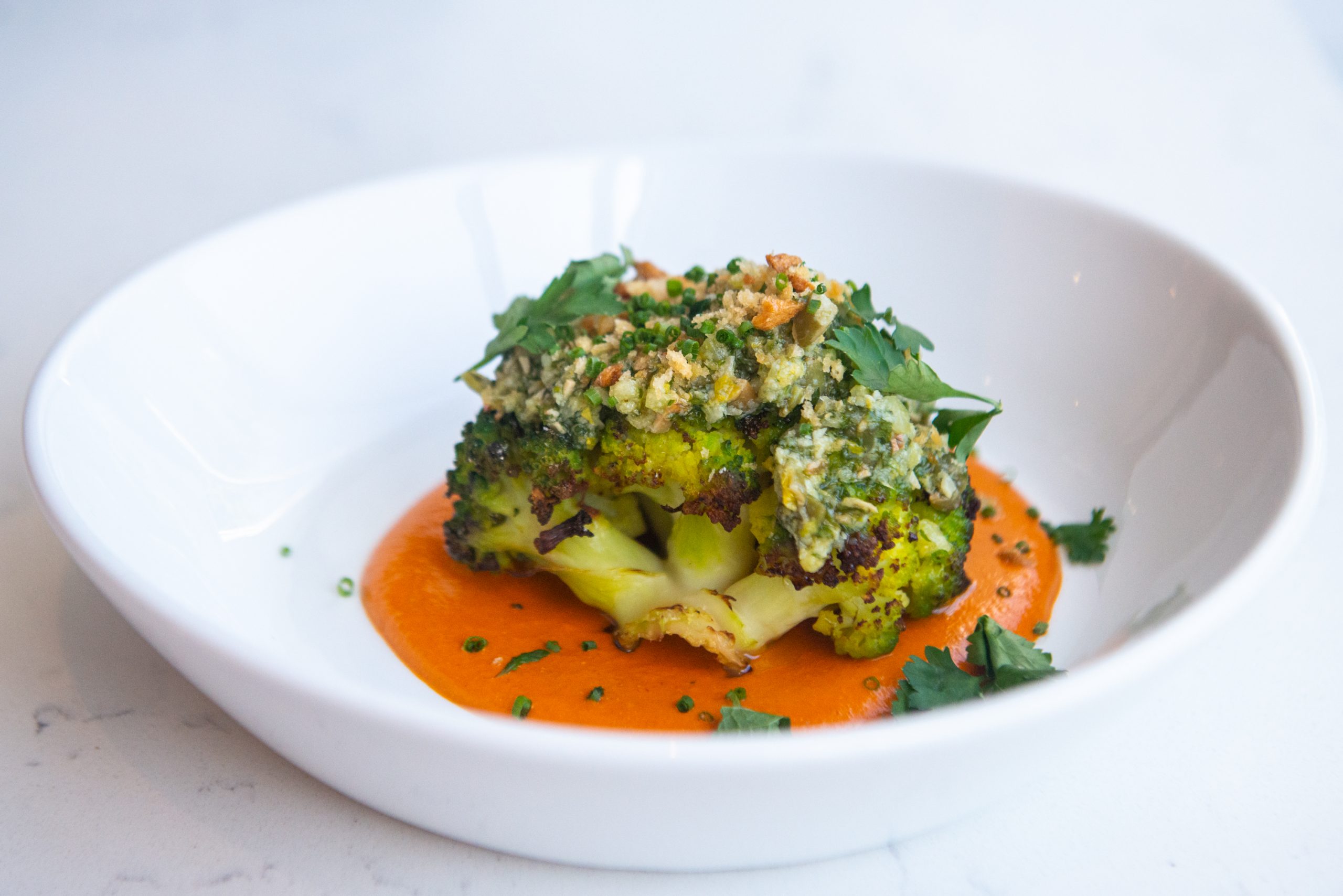 It’s inside a food hall so no need to make a reservation. Order at the counter and sit at a high top inside or at one of their outdoor tables.

Chef Daniel is close to releasing some new dishes on the menu. Expect a Lobster Bisque where he takes the tail and claws off, crushes the bones, roasts the bones for a deep flavor. There will probably be some leek and fennel in it and he plans to deglaze the shallots and garlic with cognac. The dish will come together with a tarragon cream on top. “It’s all in the details.” 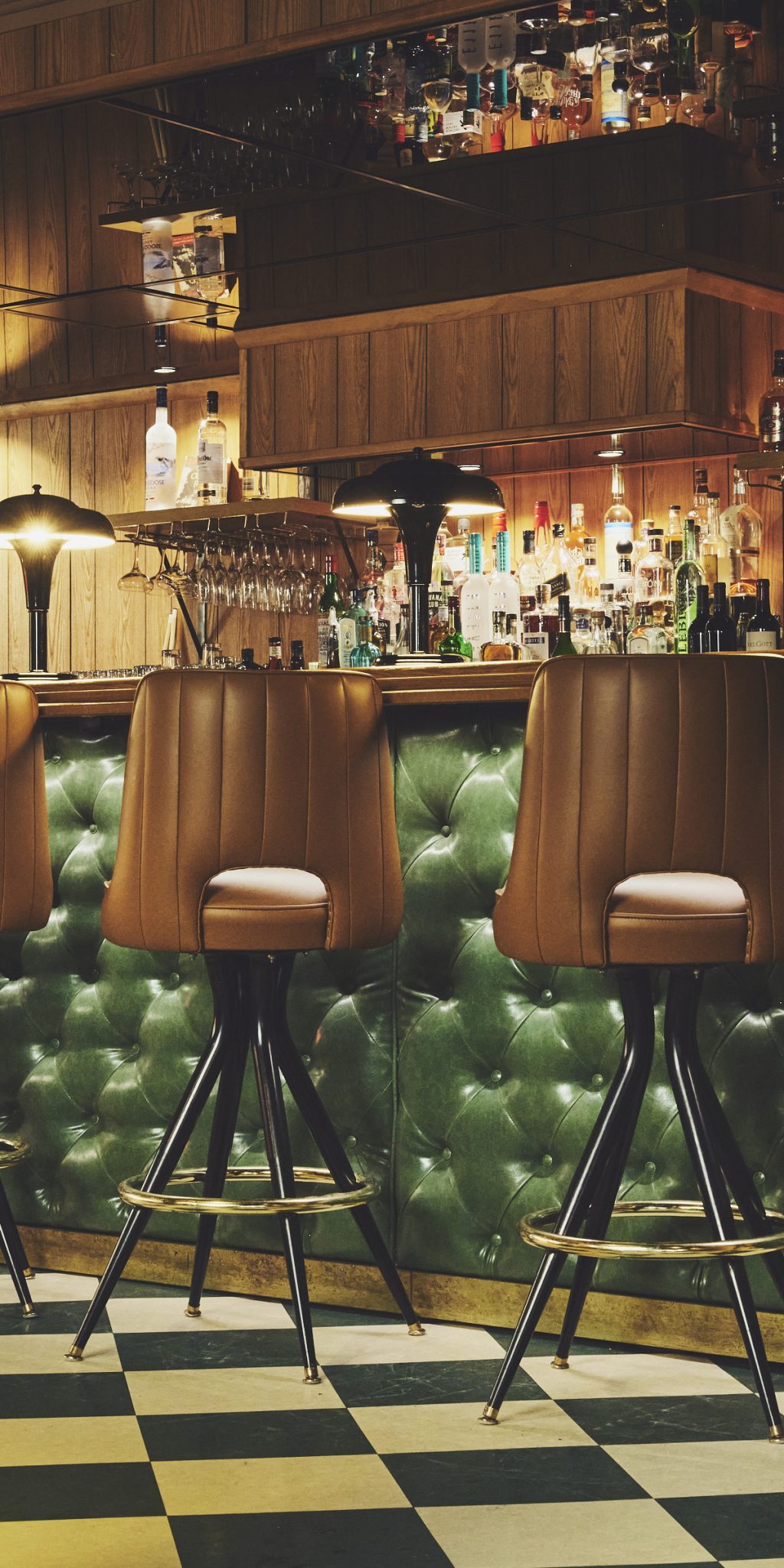 A new speakeasy lounge in Miami 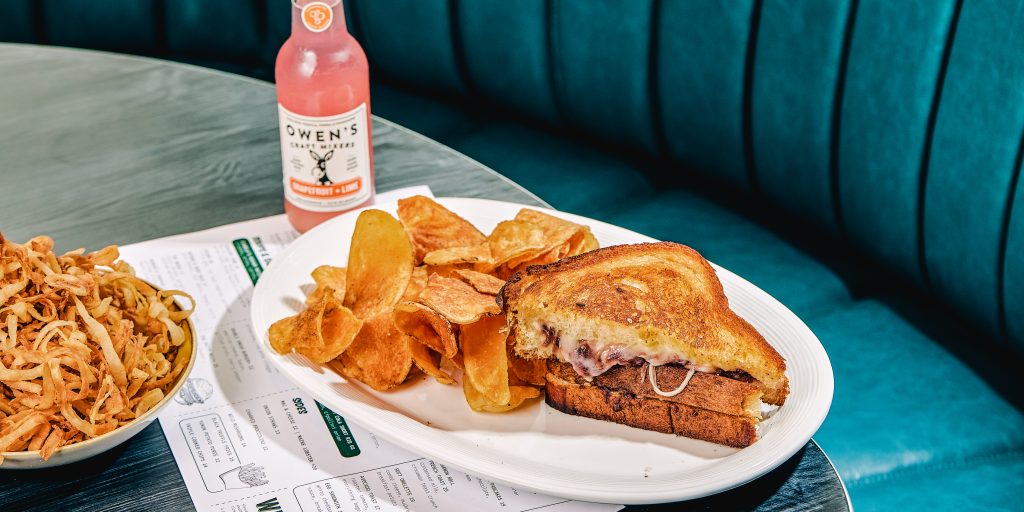 A retro diner on Alton Road 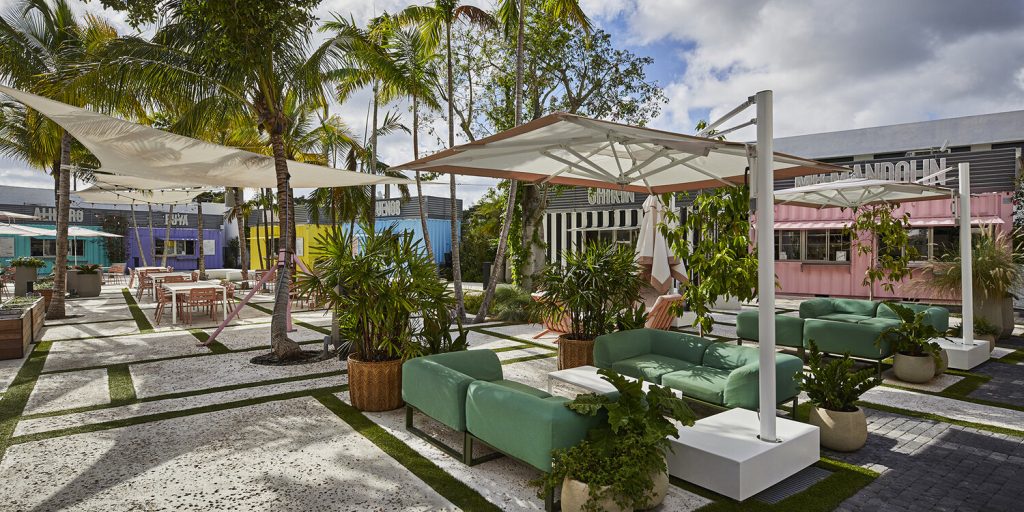 The restaurants & bars that will have you dancing at the table 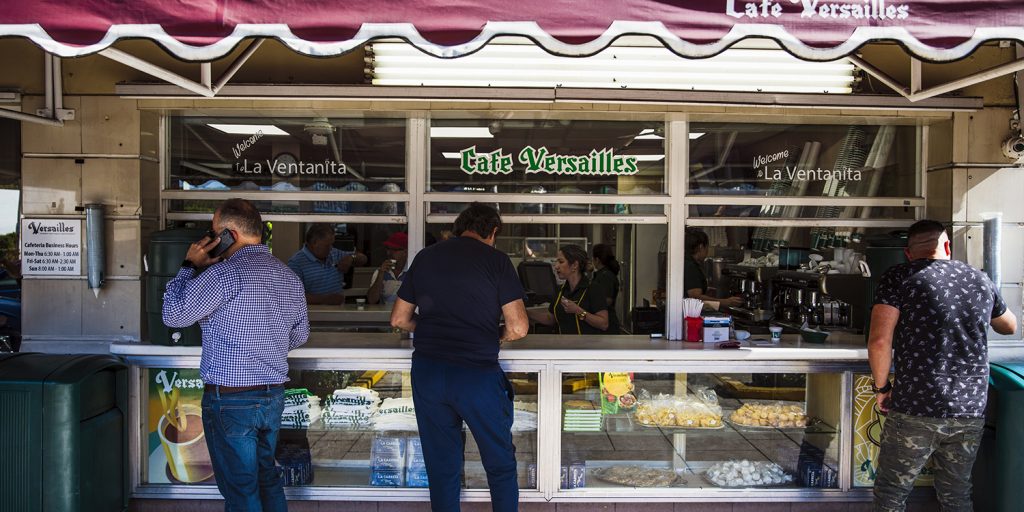 Where to get pastelitos, croqueticas and cafecito 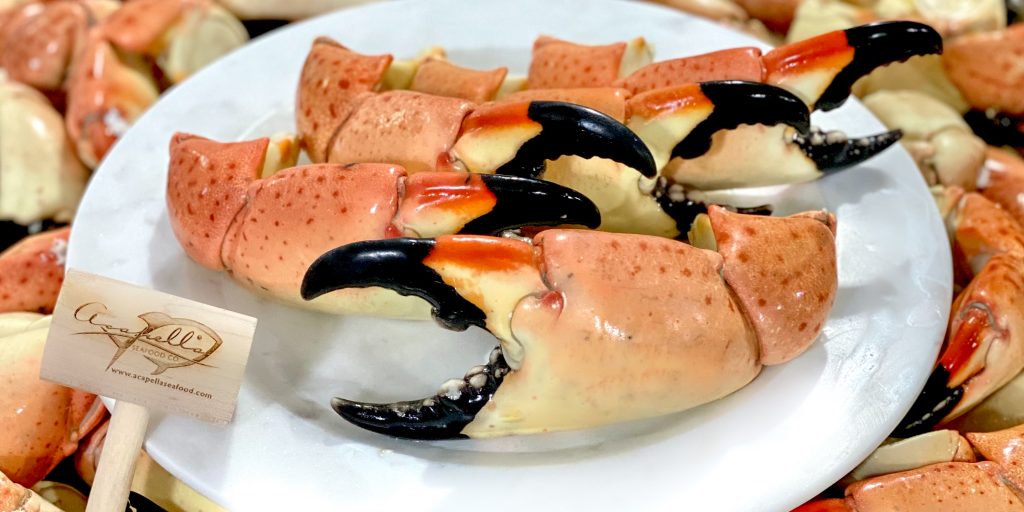 Where to get stone crabs in Miami

Everything you need to know about ordering stone crabs 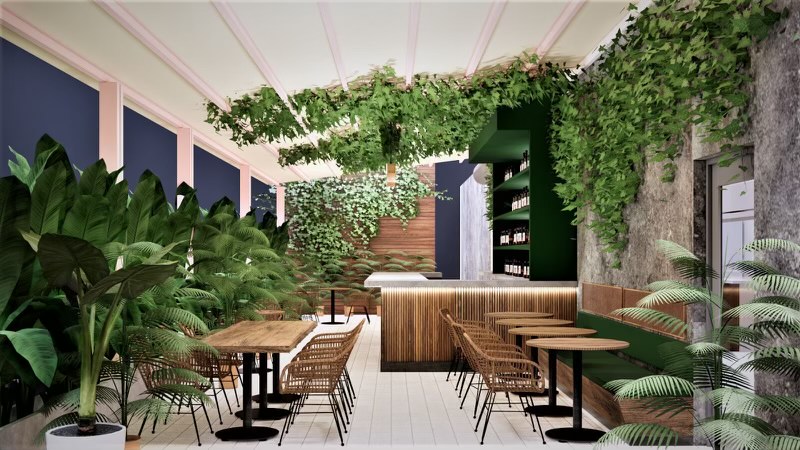 The chef of B Bistro + Bakery is opening a new restaurant 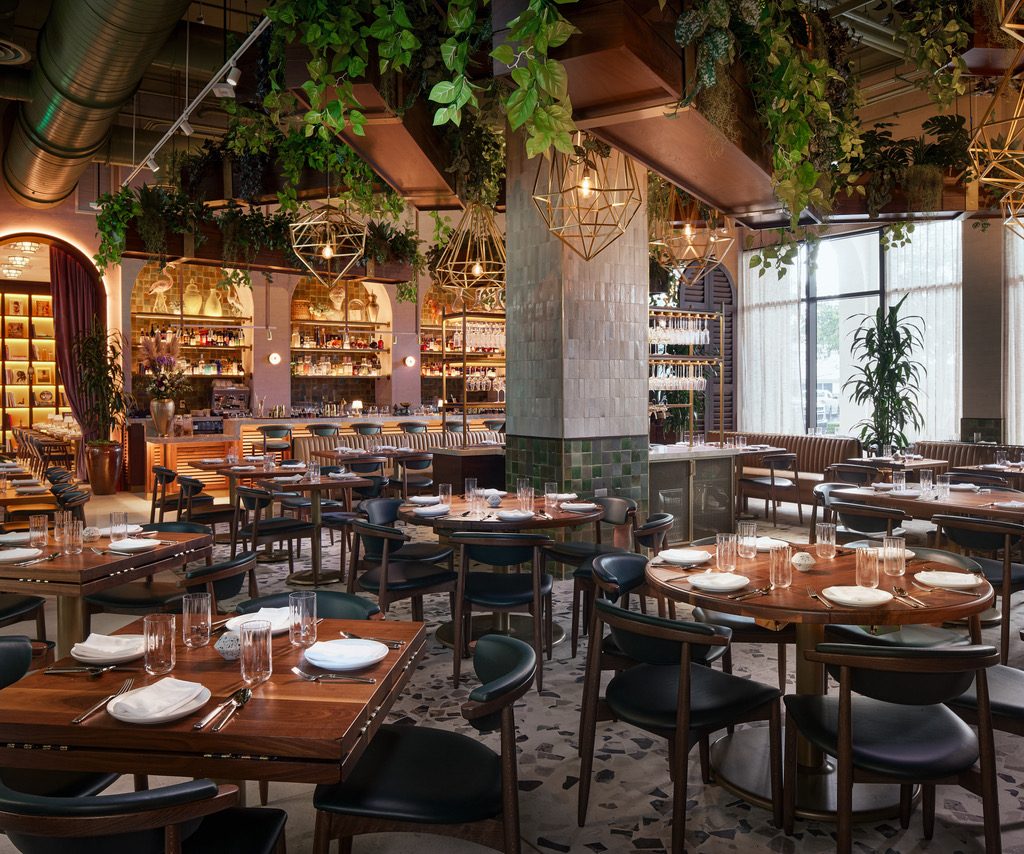 A new restaurant from the folks of Ghee & Mamey 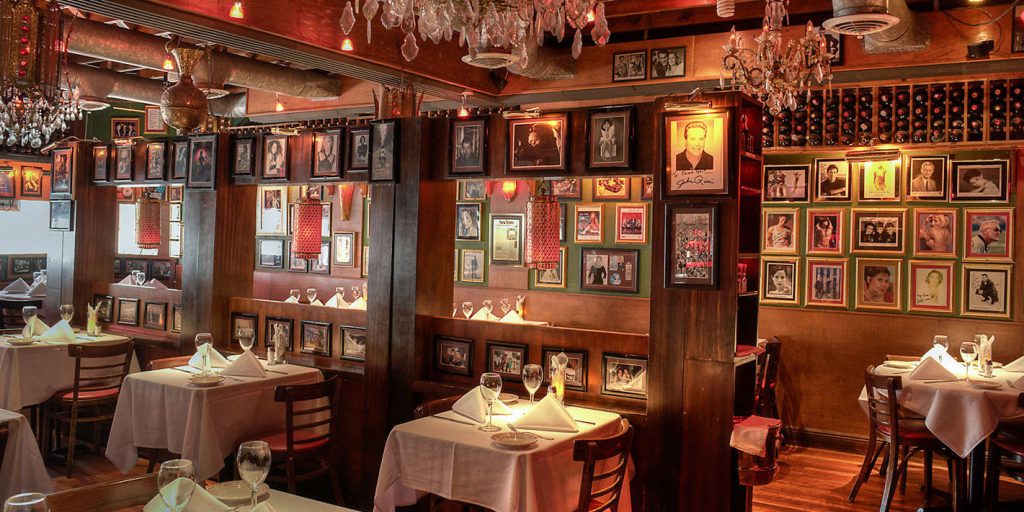 Where to drink, eat, and talk about The Sopranos