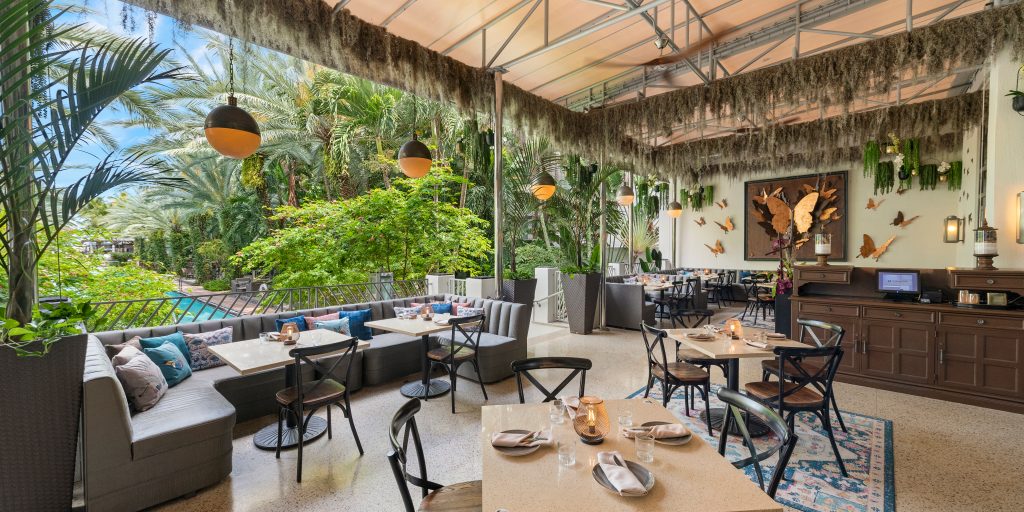 We almost can’t believe that you can find food this good at a hotel. But that’s the magic when you take the hotel aspect out of the equation and focus on what matters at a restaurant: good food, good drinks, and hospitality. Located inside the timeless National Hotel, Marea 1939 is a new Spanish-inspired restaurant offering indoor and outdoor terrace dining by Chef Sergio Chamizo. 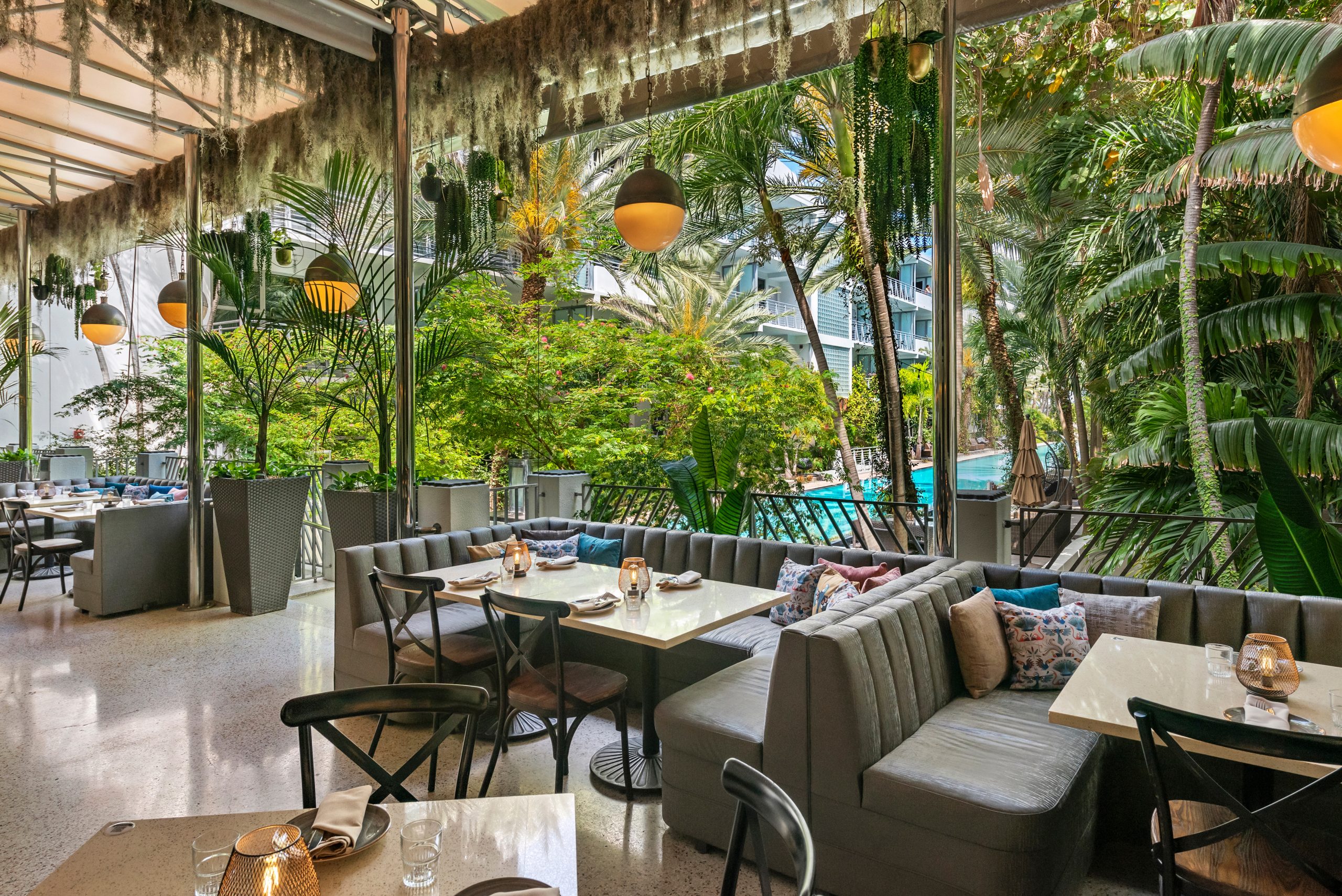 The love Chef Sergio Chamizo had for his then-girlfriend Maria Polanco (now wife) brought him to Miami. And honestly, we’re so lucky to have him. If it wasn’t for Maria and Sergio’s love, who knows where he would be?

Perhaps in London where he worked at Michelin-starred kitchens and other fine dining restaurants for eleven years. Either way, he’s not a name-dropper. We only know about his professional career from some stalking we did on Linkedin.

What matters to him is being present in the kitchen.

He’s always looking to create new dishes while supporting and inspiring his team. He’s not chasing the spotlight or any sort of fame because “todo es pasajero”, as he describes it. Meaning things come and go and everything is temporary. He’s happy cooking, being at home with Maria and his son Alvaro, oh and occasionally visiting some of his favorite local spots that include Nave, Itamae and Flour and Weirdoughs.

Chef Sergio was born in Barcelona but grew up in Madrid. And in case anyone was wondering, he’s not a Real Madrid fan. He says he was a “mama’s boy”, spending most of the time cooking and rolling homemade croquetas with his grandmother and mother.

At the age of 12, his mom would leave lunch prepped. His brother would set the table and his sister would do the dishes. The rest was up to him. That’s how he learned what he knows.

He did go to culinary school in Madrid and has plenty of work experience in restaurants and hotels overseas. However, reflecting on where he learned how to cook, he credits that to his grandmother and mother. And when you eat at Marea 1939 you will understand this.

At Marea 1939, Chef Sergio is cooking food from the heart, dishes that represent his Spanish roots and family. Recipes that feed the soul and make him smile. It’s not about being surprised and having to think. It’s about feeling good. That Ratatouille moment takes Chef Sergio back to his hometown of Toro, Spain. Where he can smell the fresh fennel and taste the simple flavors of a grilled artichoke before hitting the plate.

It’s a beautiful thing to see how the cycles of life work. It had been 20 years since Chef Sergio cooked Spanish food but his roots had called him back. For a long time, he thought that Spanish food was boring, that it was always the same. Denial had settled in and it took him a while to realize that he could represent his culture through food in a way that was exciting and new.

Most recently, this tribute to his background became a reality when he became the owner and executive chef of Alma in Coconut Grove in 2017. His first restaurant that closed in 2020.

His goal was to broaden the horizons of what people know about Spanish food. And that mission remains at Marea 1939, serving as the continuation of where he left off. Going beyond the classics, like croquetas and gambas al ajillo, thinking about the regional food of Spain and those unique dishes that exist but few have experienced unless traveling abroad. 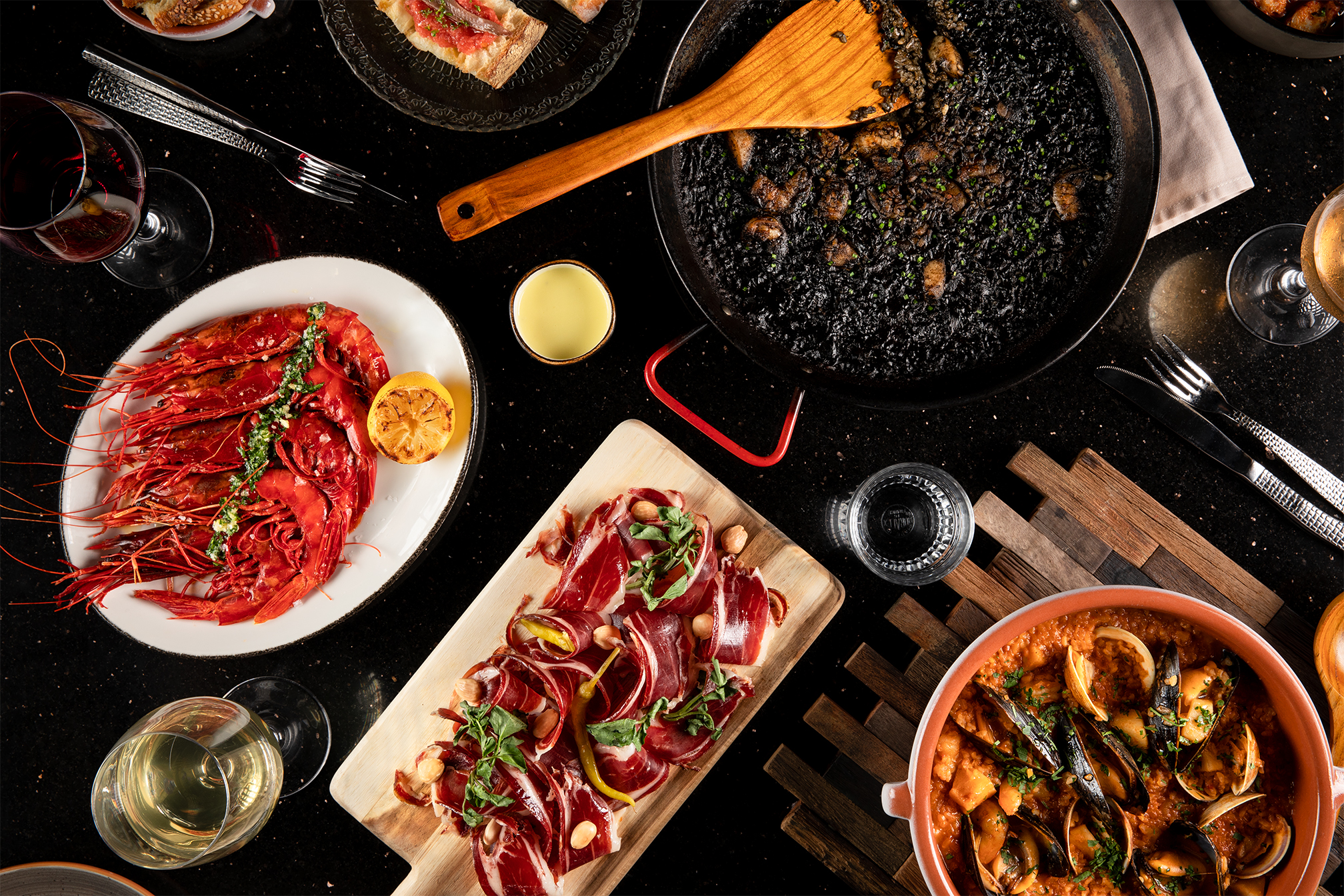 Most think that gazpacho is just a chilled tomato soup with cucumber and garlic but in reality, there are endless variations depending on the region and town in Spain. Take, for instance, the version at Marea 1939. Chef Sergio has added his twist to the Ajo Blanco Gazpacho, from Malaga. A delicious white garlic gazpacho with Marcona almonds with the inventive touch of salmon roe and pickled grapes.

Chef Sergio explained that Spanish cuisine is underrated in comparison to Italian. It’s challenging because it’s a matter of getting creative and adapting to what Miami has available as far as local produce. 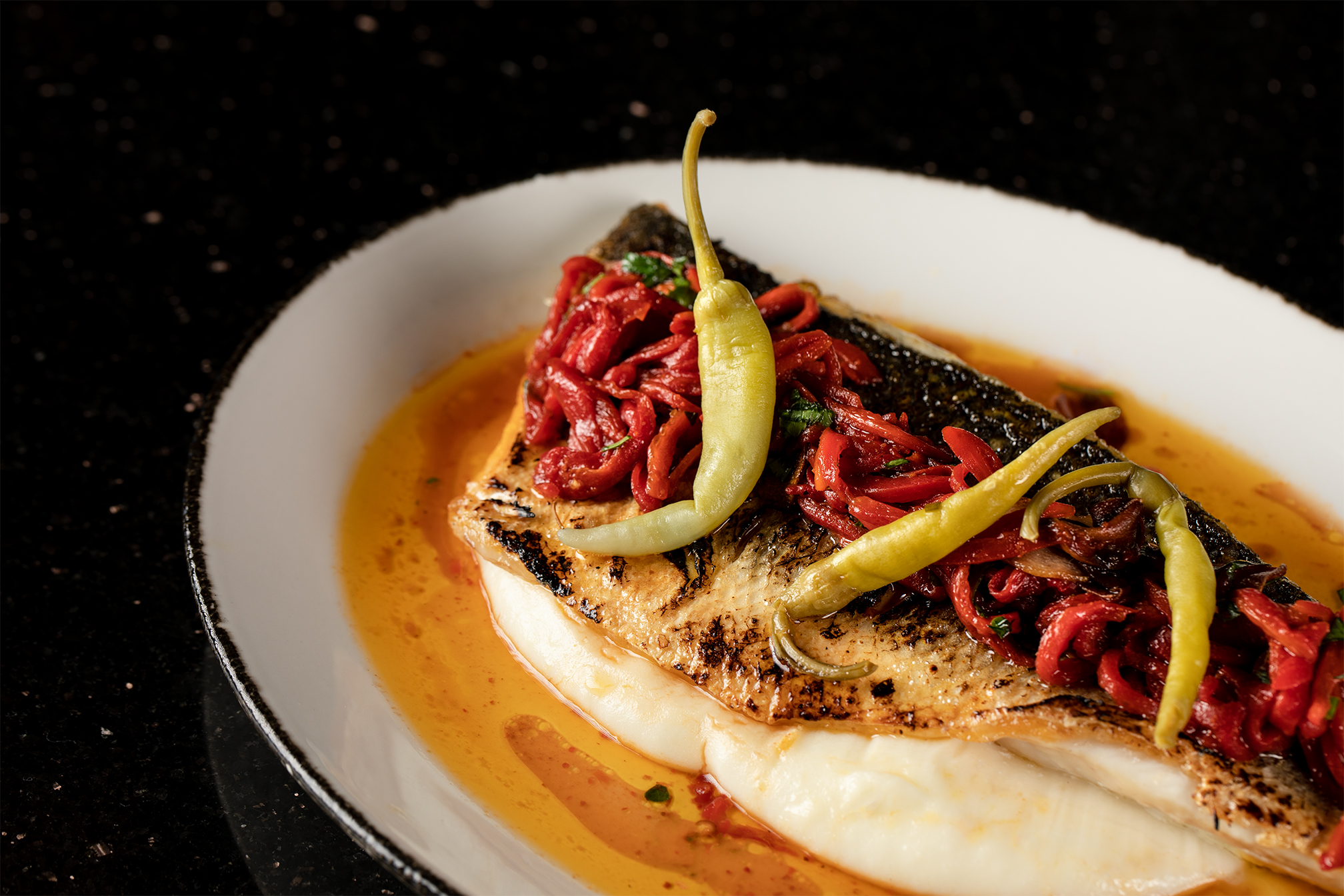 Wait for it… Chef Sergio is making moves and you need to try his food.

Wines: We were seriously impressed with the wine list at Marea 1939. It’s rare to find a wide range of biodynamic wines in a Miami Beach hotel. The list represents a variety of grapes found in Spain that go beyond Albariño, Rioja and Temprañillo.

Pan con Tomate: Bread is perfectly toasted, tomatoes are seasoned well and Cantabrian anchovies are top-notch. The dish is finished off with chives and Arbequina olive oil.

Scallop Crudo: This dish is inspired by Chef Sergio’s fine-dining background. It comes with apples, salmon roe, lime zest and is seasoned with togarashi. It’s refreshing and cuts through heavier dishes on the menu.

Iberico Ham Croquetas: Chef Sergio is not looking to be on any croqueta lists but these should be on your list.

Steamed Clams: A play on the classic dish of almejas en salsa verde (clams in a green sauce), representing Chef Sergio’s love for Spanish food with a Thai salsa verde and roasted fennel.

Roasted Bone Marrow: Inspired by a family recipe and the memory of having stew present at the table. The richness of the bone marrow, mixed with a Spanish oxtail marmalade and caramelized onions is a must.

Miami Spice: This is the first year that Marea 1939 participates in Miami Spice. Until September 30th, experience a 3-course dinner for $42. Click HERE for more info on their offerings. 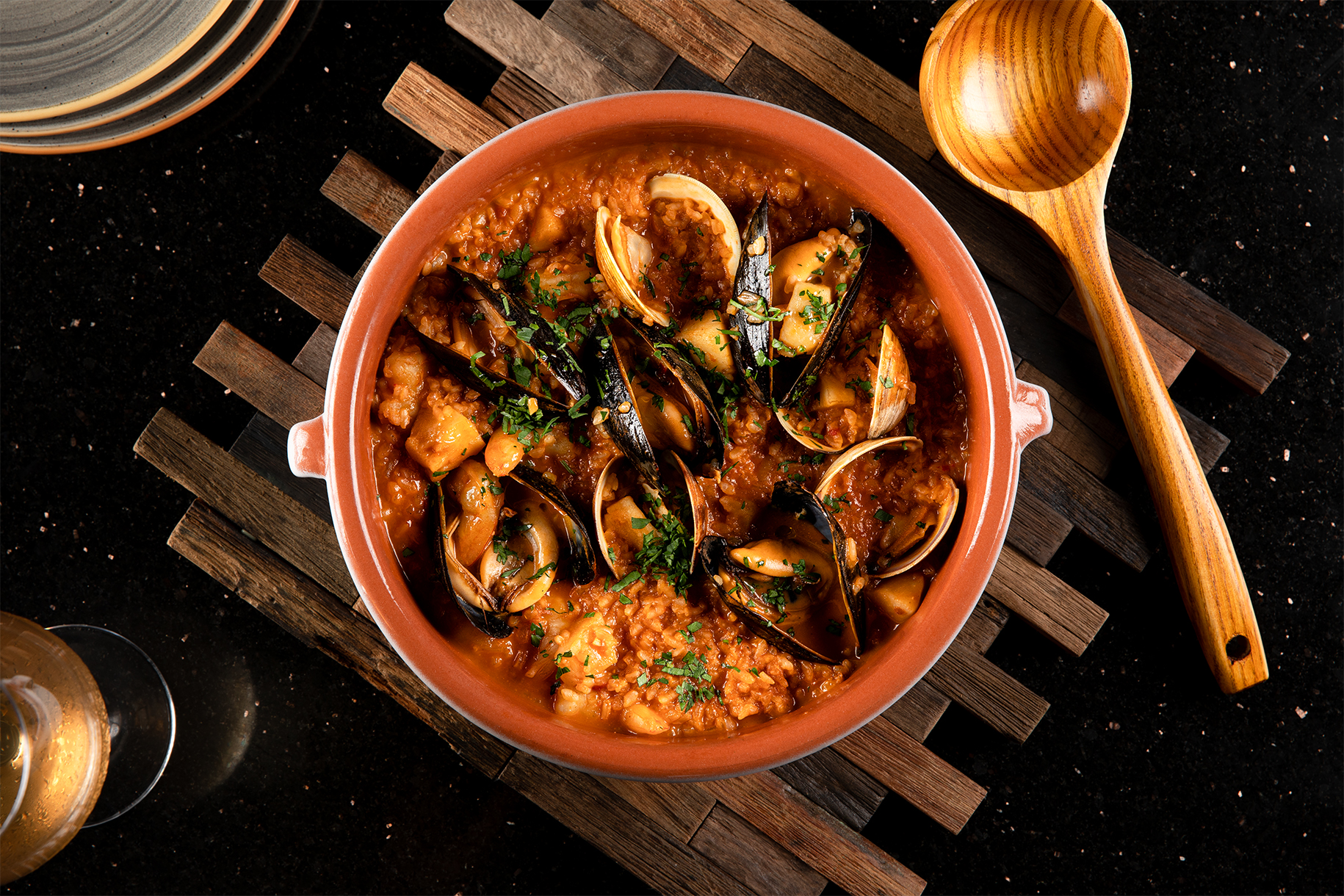 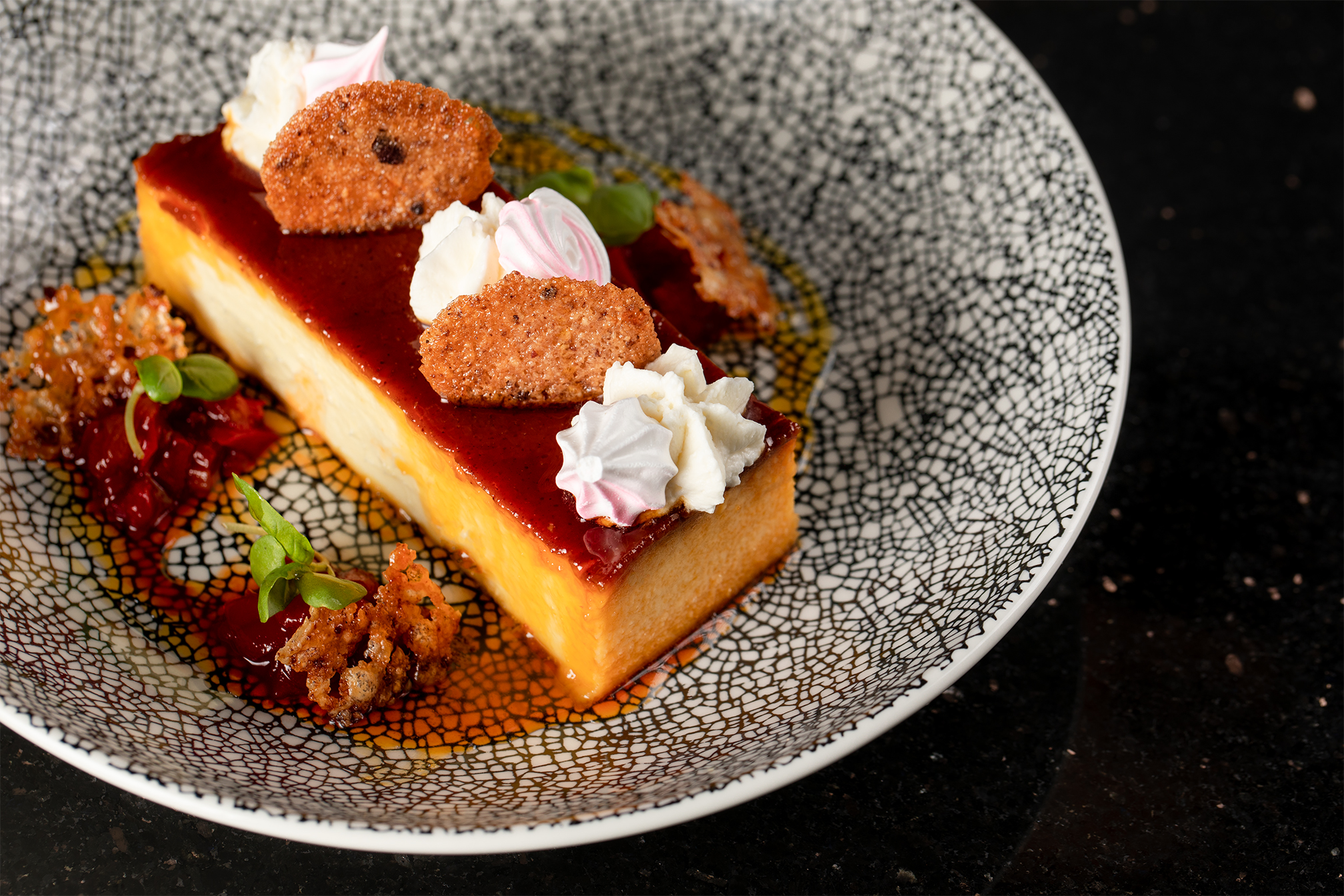 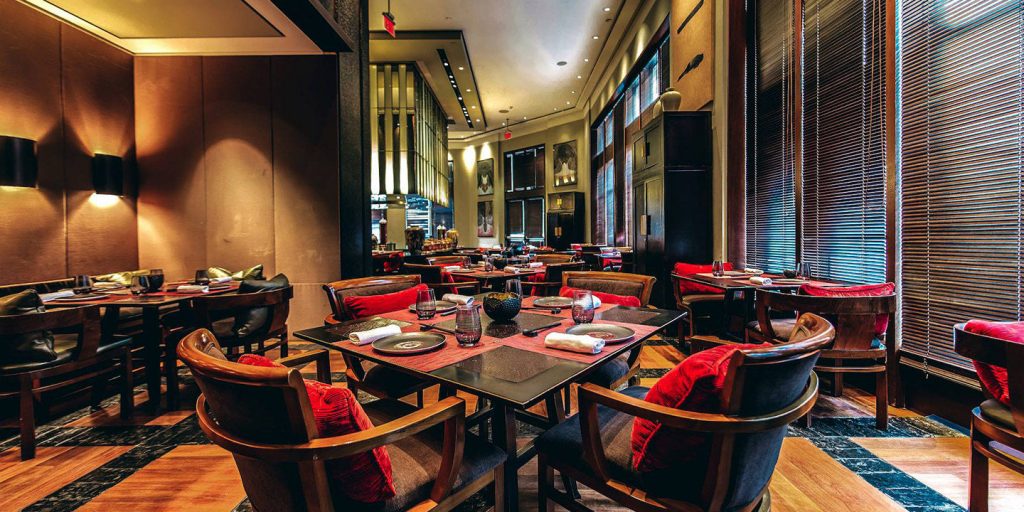 Sushi, dim sum and a 6-course feast that includes ramen for $42 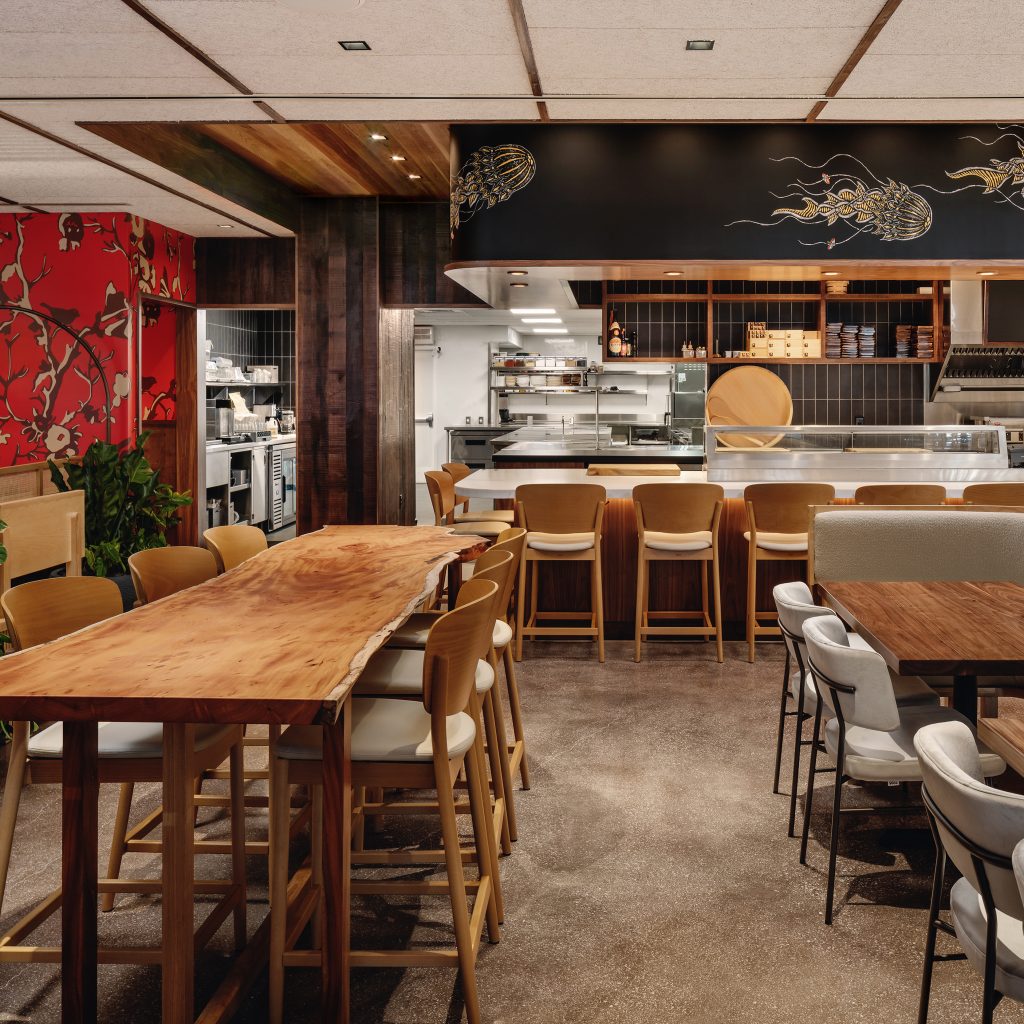 How to score a table at Miami's busiest restaurants 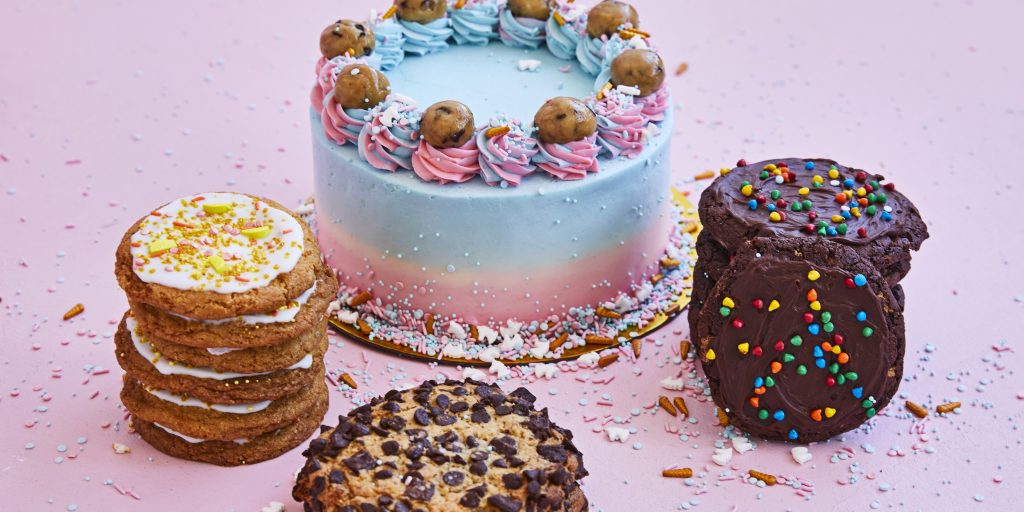 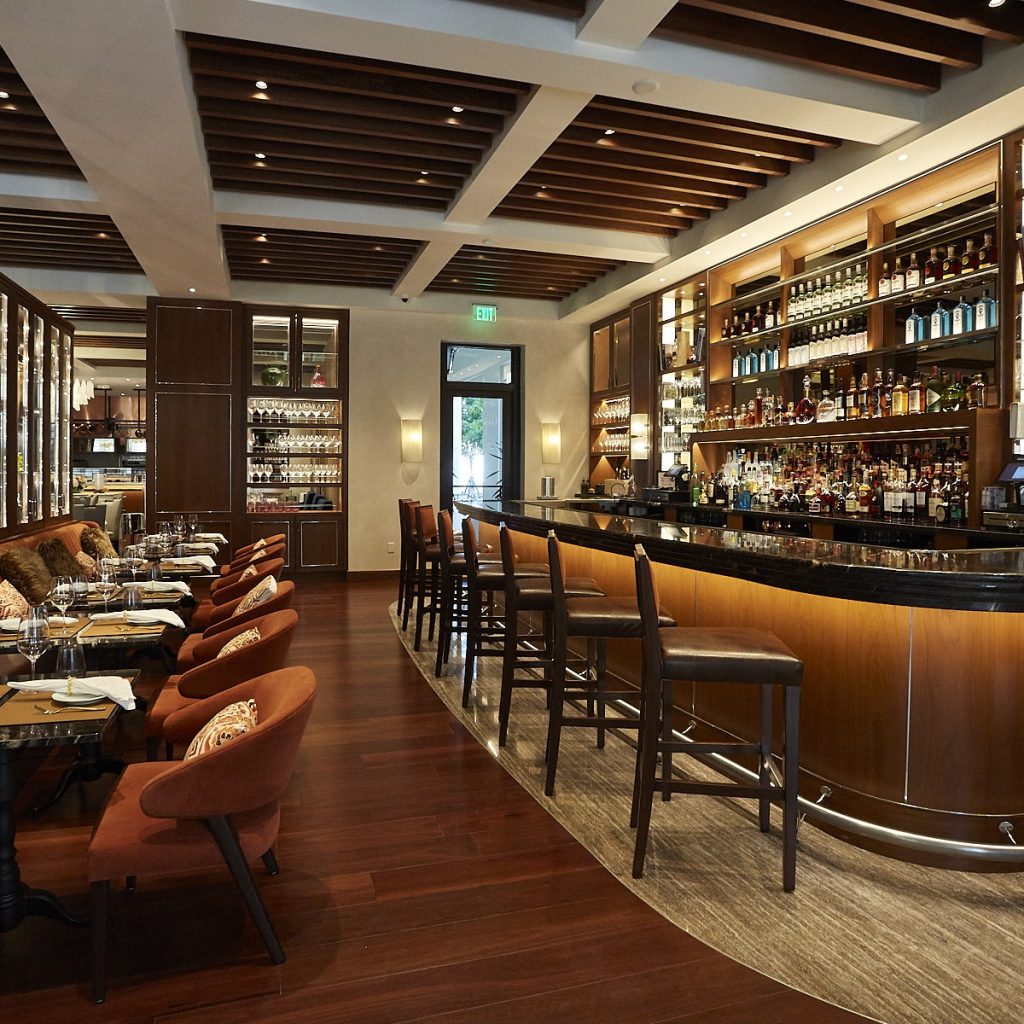 Where to get pasta, meatballs & more on a budget 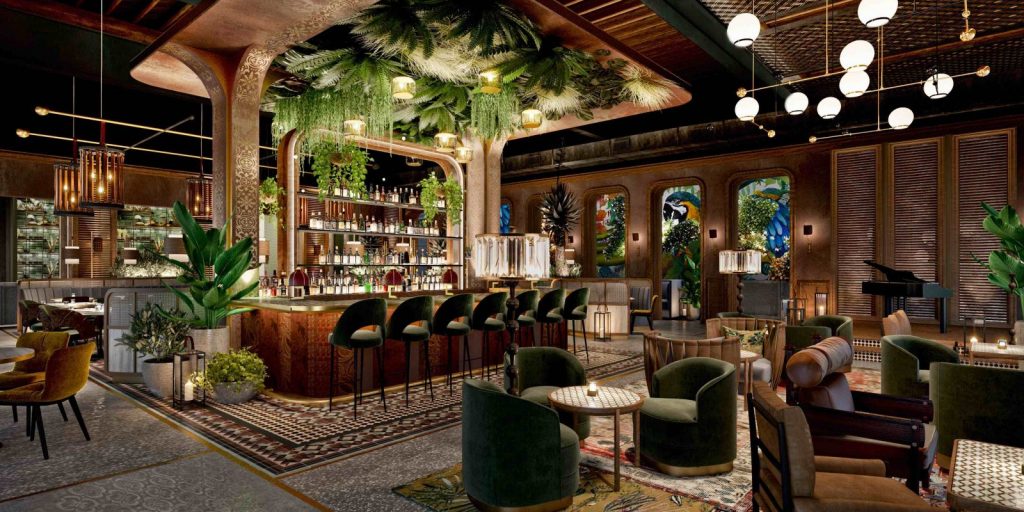 Honor Latinx Heritage Month by eating at these restaurants 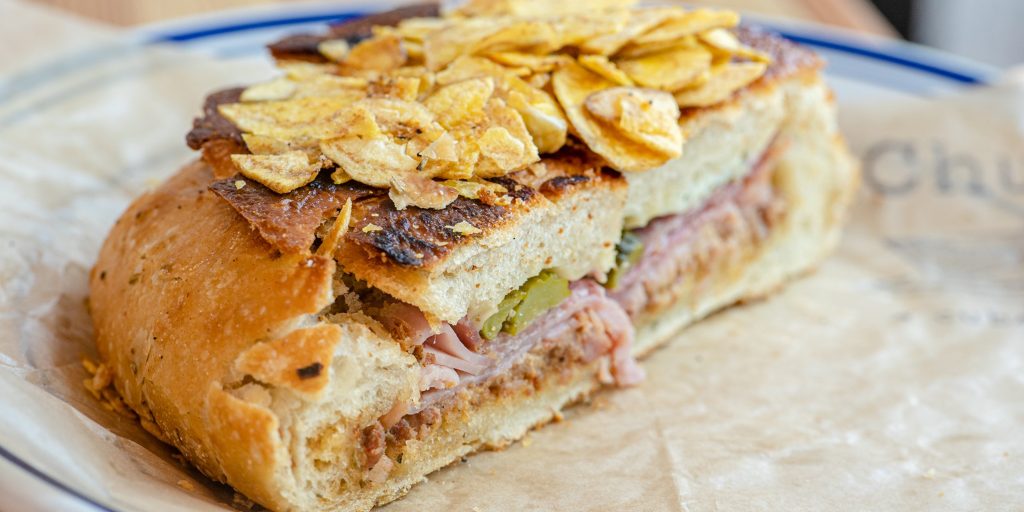 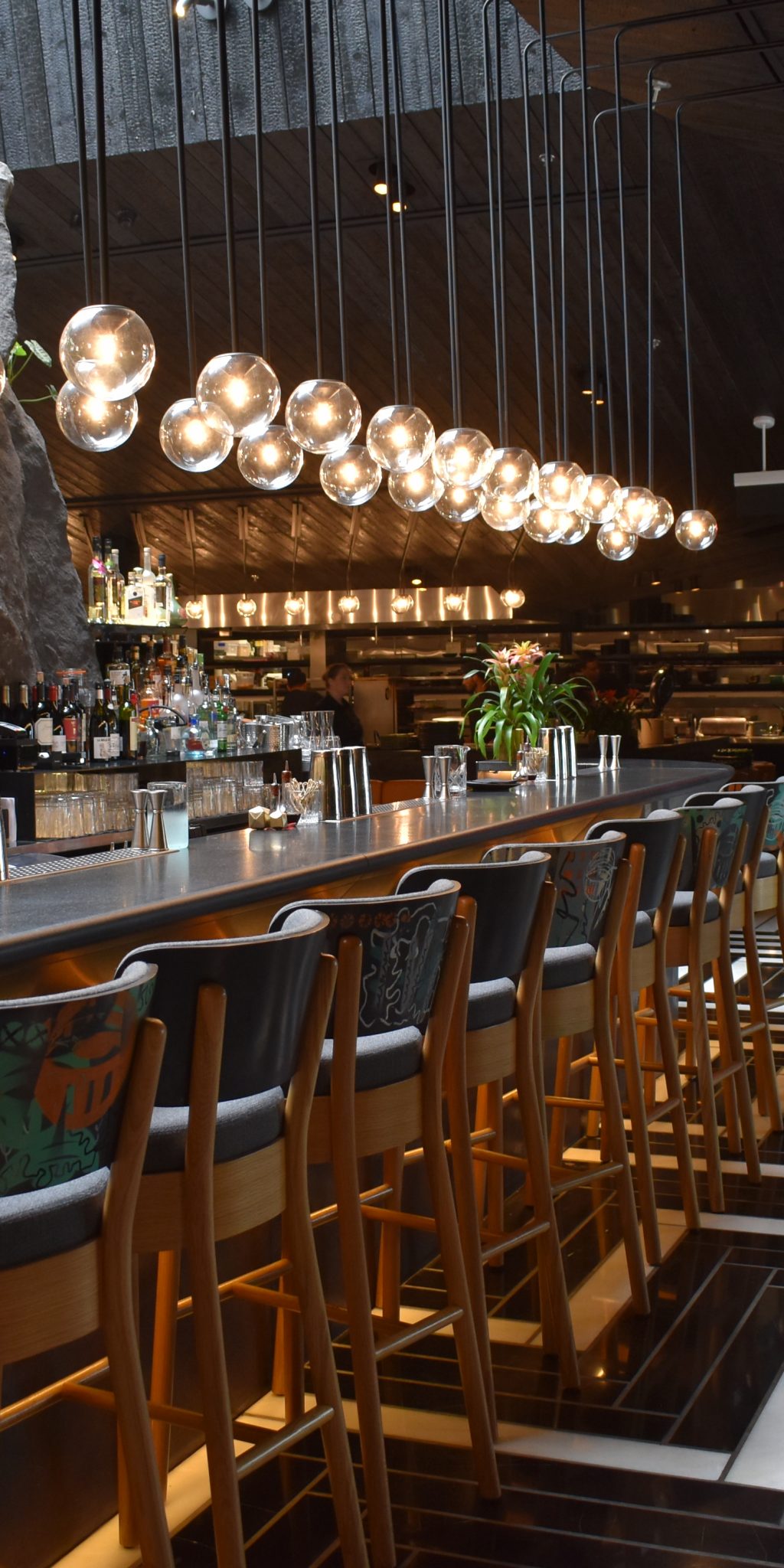 Where to have dinner with your party friends 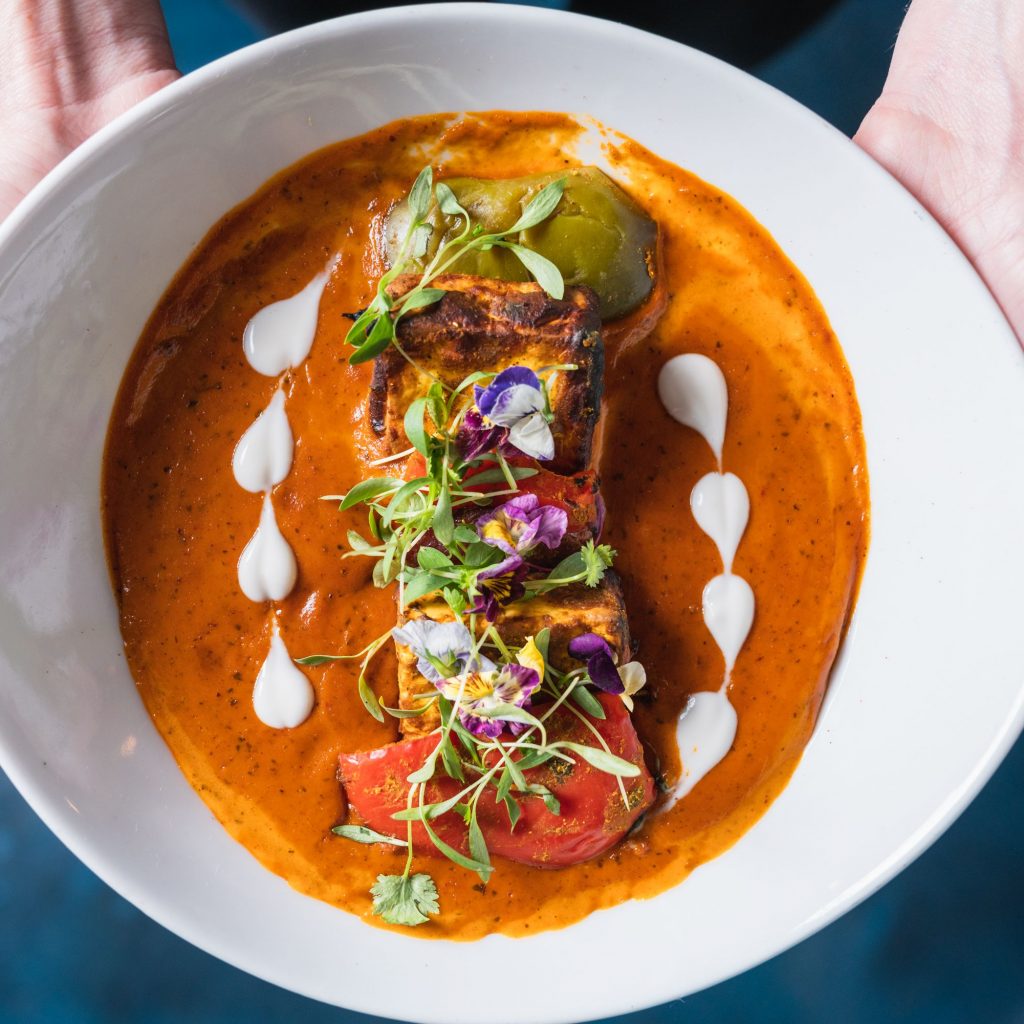