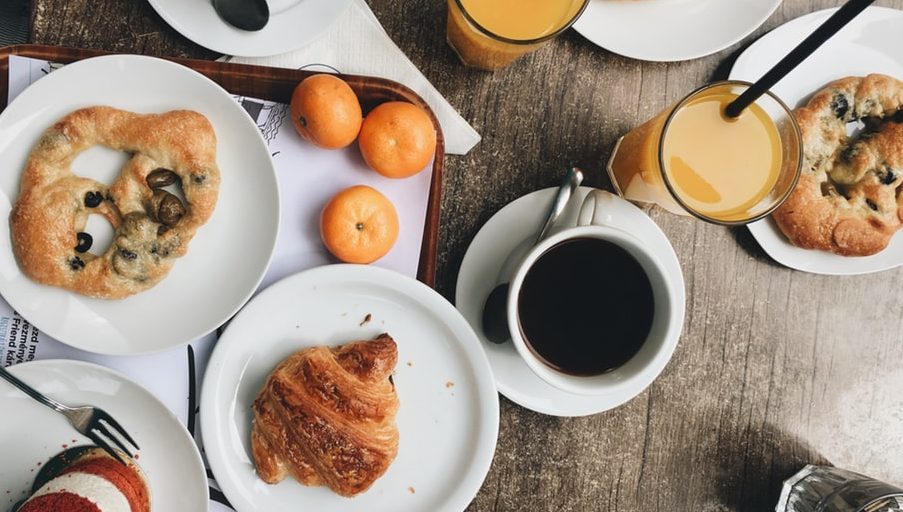 Food news worthy of your calendar

Tired of the same old restaurant? Kind of, but not really? Sometimes it just takes a little planning and a little help from your friends. Breaking at Breakfast is a weekly round-up of Miami food news worthy of your Google calendar. Here you will find new restaurant openings, chef collaborations, one-off dinners, special deals, prix fixe menus you need to try and more.

Say NO to 11 pm curfew in Wynwood. 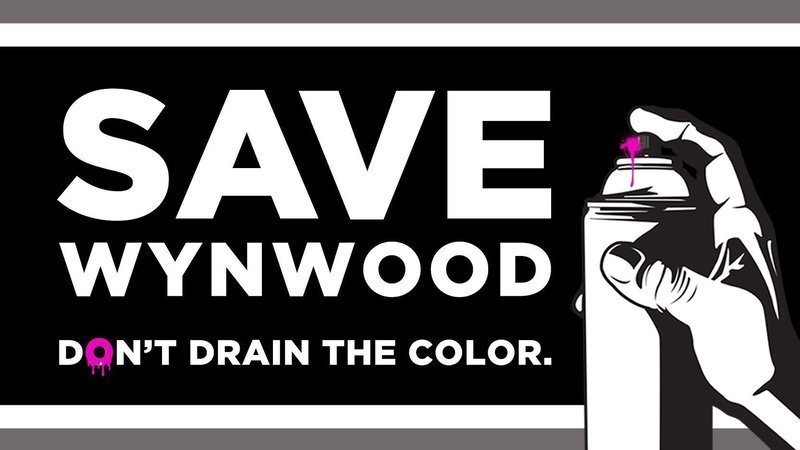 We received the following note from Swarm and had to share.

Recently, certain officials in Miami, under pressure and coercion from real estate developers, have taken steps to remove Wynwood’s status as an Arts & Entertainment district. Their goal is to use the momentum of this trendy neighborhood to build large luxury residential buildings and make millions in profit.

As a result, they have taken aim at things that they think “cheapen” the neighborhood, like public art, open marketplaces, events that are free and open to the public, cultural celebrations, and nightlife. They believe that money outweighs cultural authenticity and that only the wealthy should enjoy the thriving community that Wynwood has become. Their first step has been to take aim at the various nightlife establishments and event spaces that made Wynwood popular in the first place.

Their current effort is to force virtually all nightclubs and events in Wynwood to close at 11pm. Their goal is for only venues with certain permits, built into luxury developments, to be able to operate late into the night.

We refuse to allow Wynwood to suffer the same fate as many other neighborhoods in Miami, where only the wealthy are allowed to exist.  We refuse to allow billionaire developers to gentrify yet another area of Miami by buying the cooperation of city officials, police, and administrators.

A bottomless brunch from one of the best new restaurants in Coconut Grove.

Navé, the coastally-inspired eatery by Chefs Michael Beltran and Justin Flit will be introducing a Sunday brunch service on Sunday, March 1, 2020. Recently lauded as “one of the best restaurants in Coconut Grove” in a Miami Herald review, the neighborhood gem extends its menu to offer simple, yet sophisticated brunch offerings priced at $65 per person and $35 per child under 12 (excluding tax and gratuity). Now, diners can enjoy the talented duo’s seafood-centric menu and delectable pasta dishes on Sundays from 11AM to 3PM. The brunch will feature enticing stations including a raw bar with oysters and stone crabs among other fresh selections; charcuterie and cheese; vegetables and salads; pastries and baked goods; and one a la carte selection. Offerings include Nashville Hot Snapper Milanese, Soft Scrambled Eggs with Black Truffles, Crab Benedict and a signature pasta dish. As no Miami brunch is complete without bottomless drinks, Navé will offer their unlimited beverage cart service for an additional $35 per person (excluding tax and gratuity). This includes the Spritz Siciliano, signature Bellini, and select wines by the glass. Guests also have the option of ordering from the cocktail menu or wine list.

50% off cocktails and free snacks at this upscale Argentinian eatery.

Herrera. ​An Orilla take on the classic mexican Paloma. It features blanco tequila, an earthy made in house soda, and hibiscus salt. ​ ​​#OrillaMiami

Orilla Bar & Grill, the neighborhood gem South of Fifth, in The Urbanica Euclid, just launched a new happy hour with 50% off cocktails and complimentary snacks. Guests can also choose from a variety of bites including french fries for $6, and Arancini for $7. Happy Hour is available every day from 6PM – 8PM.

Ping Pong and Pizza… Where?!

We only serve pizza on days that end in ‘y.’ #MarketatEDITION 🍕⁠

Back for another round, Chef Jean-Georges Vongerichten will host the fifth annual Ping Pong, Pizzas & Peroni late-night event on Friday, February 21 from 10 PM to Midnight. Guests will enjoy a vast Italian spread of Market’s favorites to be washed down with Peroni beer, Negroni cocktails and a chance to take on the master himself in a round of ping pong.

We know you’ve heard 😉 we are now shipping NATIONWIDE! Just in time to bake our delicious pastelitos with those you love 🥰 Name a better Valentines Day date❤️ #QueSweetItIs #nationwideshipping #valentinesday

Vicky Bakery, has launched nationwide shipping for one of their most-popular products: pastelitos.  Available in three variety of flavors, guayaba (guava), queso (cheese), and guayaba and queso (guava and cheese), the pastelitos will be available for purchase in options of a dozen and two dozen. Vicky Bakery has been a Miami staple since 1972. The bakery’s specialty pastries are made with a Cuban family recipe that has been passed down from generation to generation, and now into the customer’s home. The ready-to-bake Cuban pastelitos will arrive at the customer’s destination within 48 hours and will be shipped frozen on dry ice with instructions on how to bake the order when it arrives, offering the freshest quality. The box pricing begins at $19.99 with shipping costs varying depending on the region from $10 – $50, with a two-order minimum. Shipping will be available to customers in the contiguous 48 States. To purchase, click HERE.

An Omakase collaboration series you won’t want to miss.

The first session, which is on February 17, will feature a collaboration between Chef Nando Chang and guest chef Junior Sushi Chef Shingo from Azabu, where they will focus on specialty nigiri dishes. There will be three seatings with 8 spots allotted in each: 7:15pm, 8:30pm, and 9:45pm. There will be 6 nigiris served – 3 of which will be Nikkei and 3 traditional.
Tickets are $75+tax. For reservations, please contact cansu.mihci@plandosee.com or 786-276-0520.

Remember Gigi next to Bardot in Midtown? We’re still mourning the loss… Anyways, we had to share the news that former Gigi space was leased by the owners of the beloved Lung Yai Tapas, Bonding and Ahi Sushi according to The Real Deal. All we know for know is that they will be opening a new Asian-fusion concept. HAD to share this exciting news. Keep you posted! 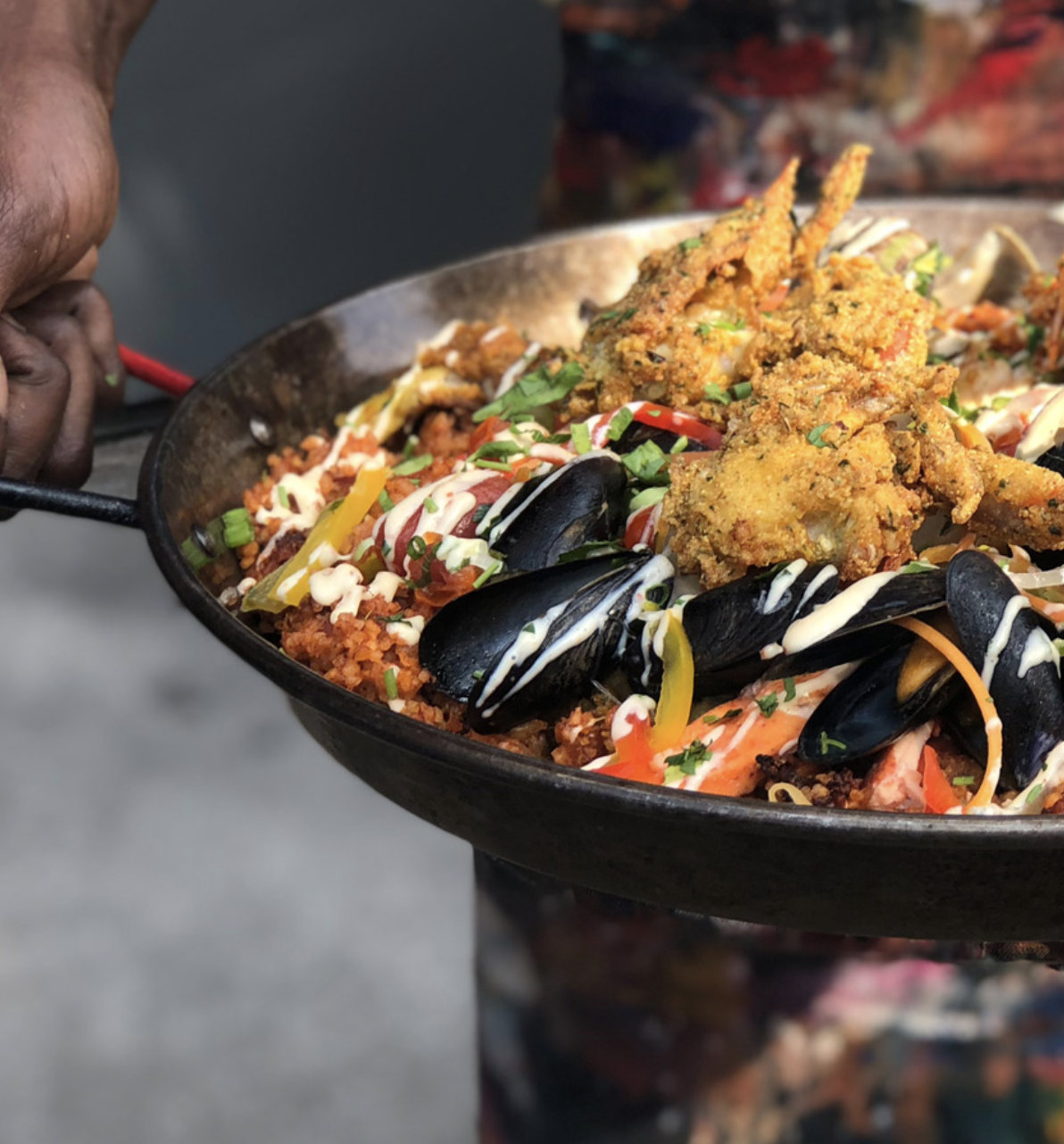 Chef Marcus Samuelsson together with developers Michael Simkins, Derek Fleming, and Grove Bay Hospitality Group are proud to announce the 2020 arrival of Red Rooster Overtown. Slated to open February 2020, Red Rooster Overtown brings the energy and ethos of Samuelsson’s flagship Harlem restaurant to Miami’s historic African-American neighborhood. Housed in the former “Clyde Killen’s Pool Hall” in Overtown, a notable hot spot in 1960s, the restaurant will serve comfort food that is rooted in traditional Southern classics and the neighborhood’s own diverse culinary traditions, as well as offer performance and exhibition space for local musicians and artists.

The menu will feature Red Rooster classics like Hot Honey Yardbird and Obama’s Short Ribs, in addition to newly created dishes and drinks that speak to the flavors of Miami’s melting pot of culinary traditions including Latin American and Afro-Caribbean cuisines. The cocktail program is also inspired by Overtown’s history and Miami’s strong Caribbean influences and will have homemade shrubs, juices and syrups crafted daily. In addition, there will be a range of vibrant wines, including approachable, natural selections, with an emphasis on Black-owned vignerons, as well as local craft beers. 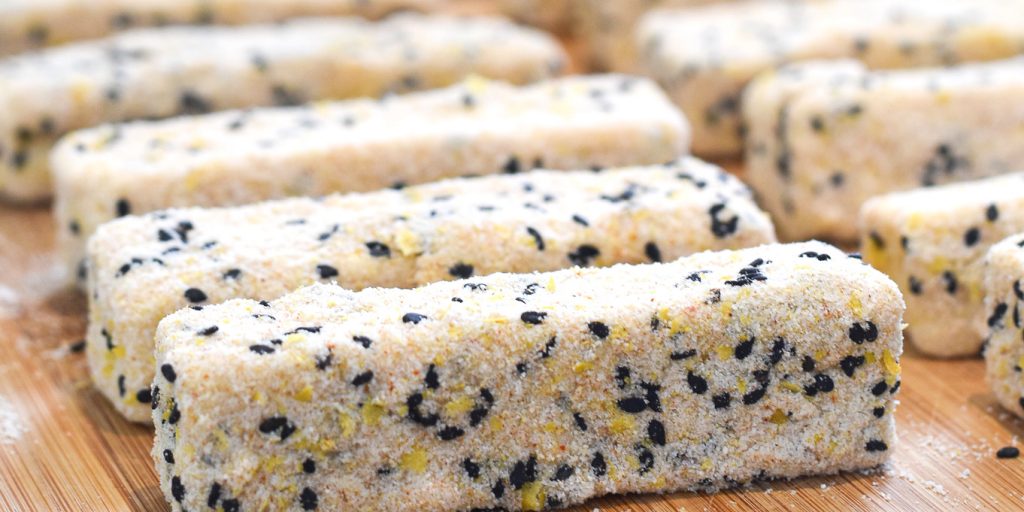 Cooking at home with Food From The Heart featuring Harina P.A.N Whole Grain 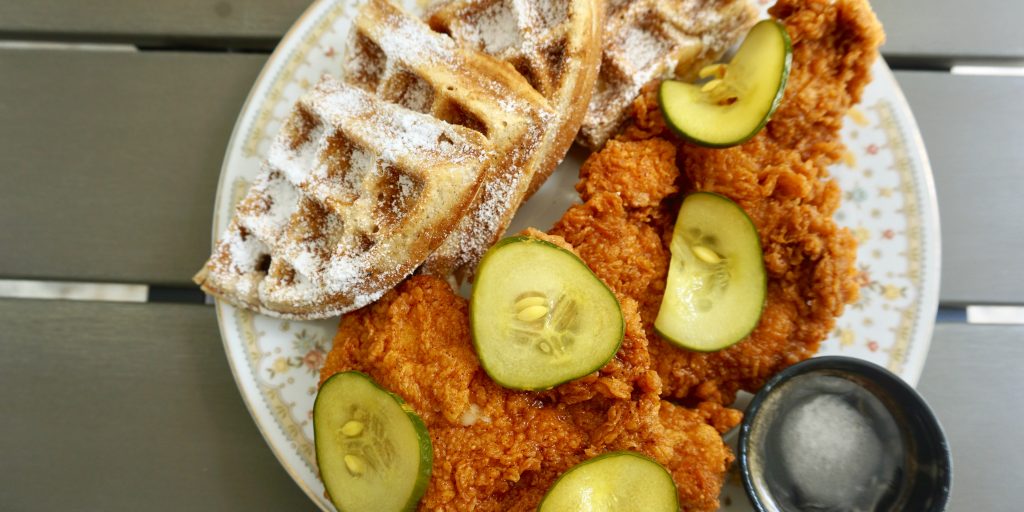 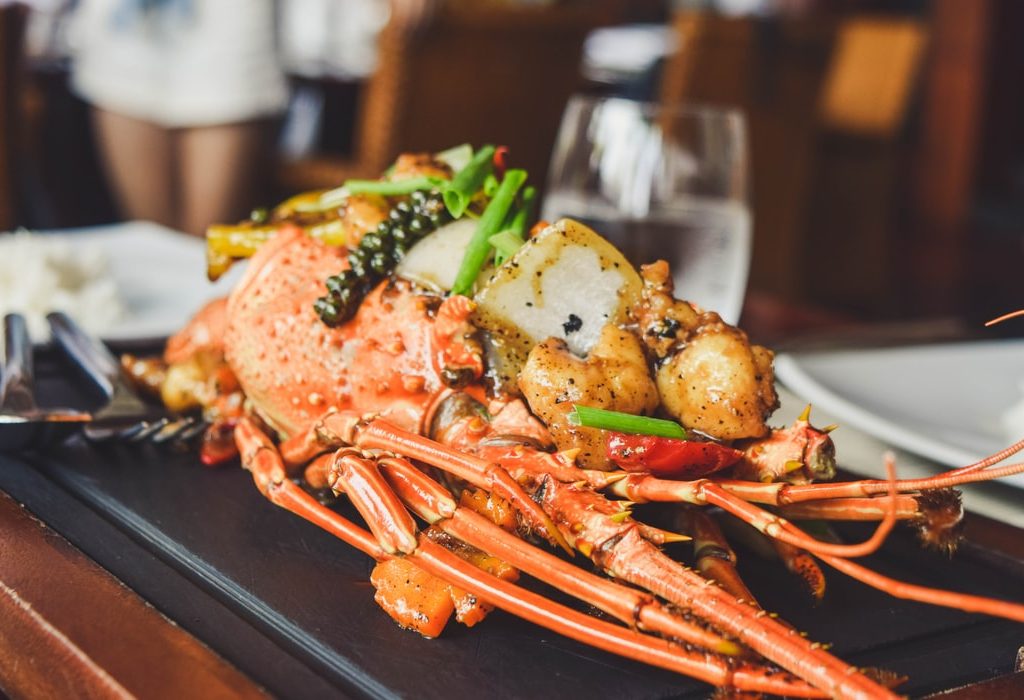 For those that will drive for good seafood 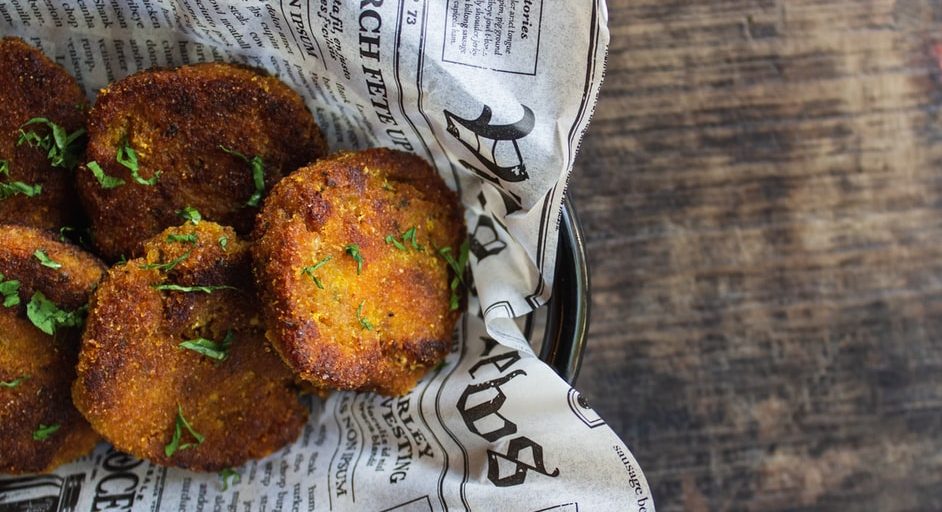 And no they're not all Cuban 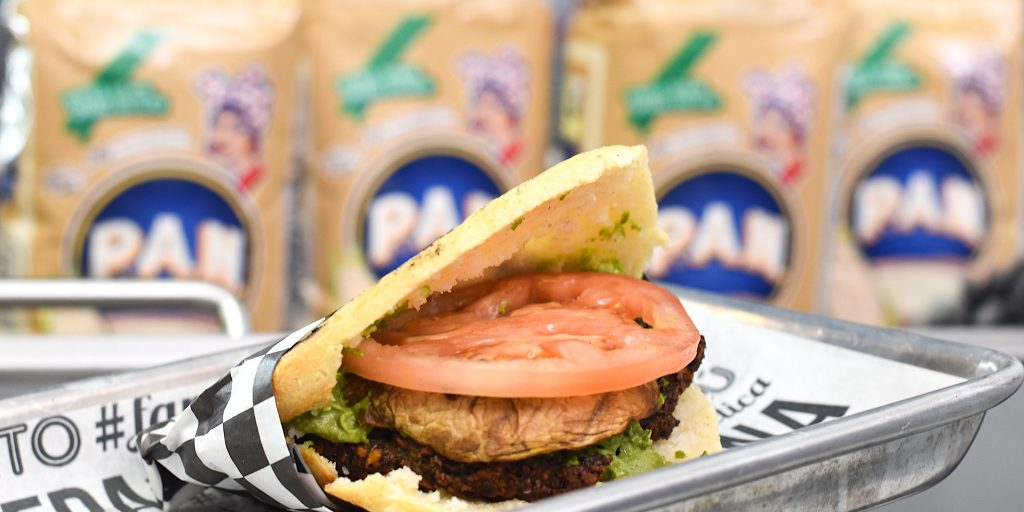 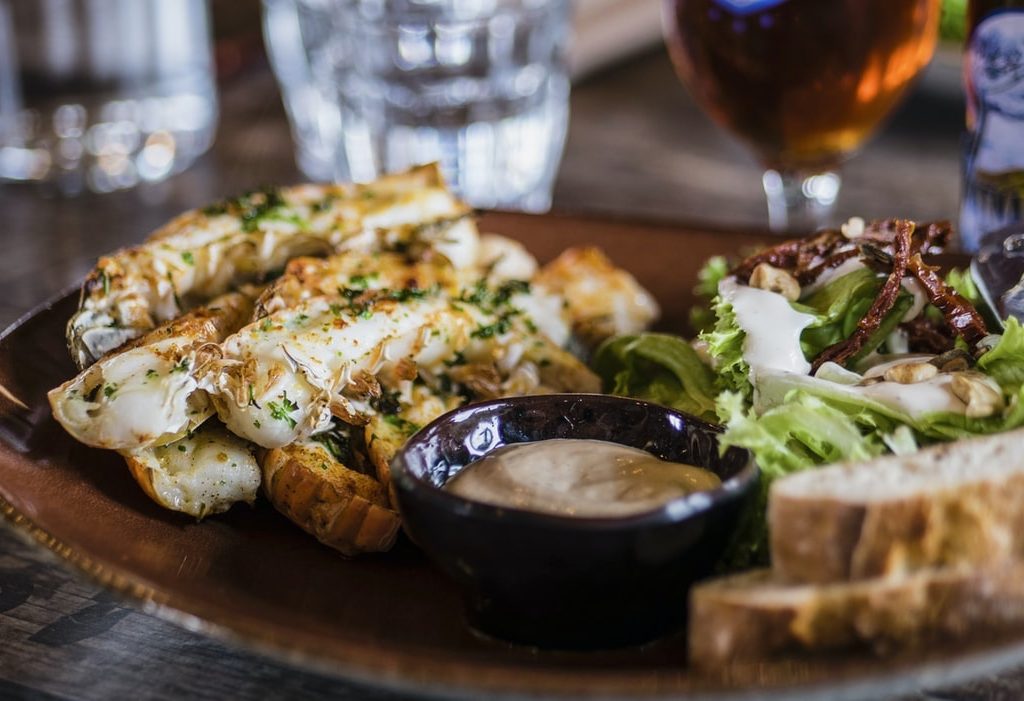 Our Favorite Spice Menus for Takeout 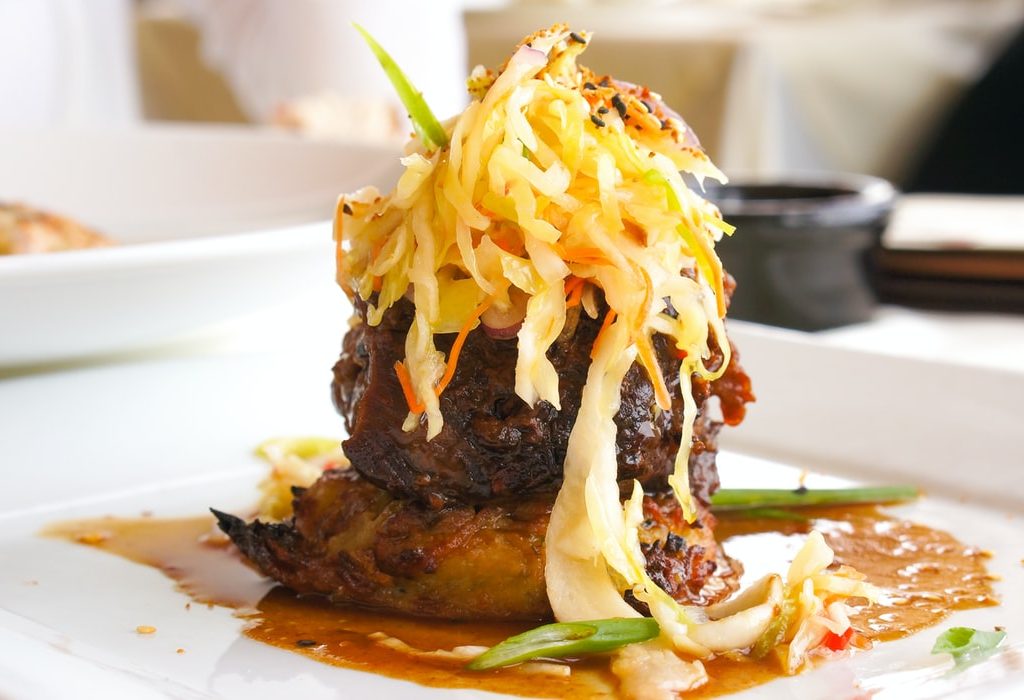 Get these steak deals before October 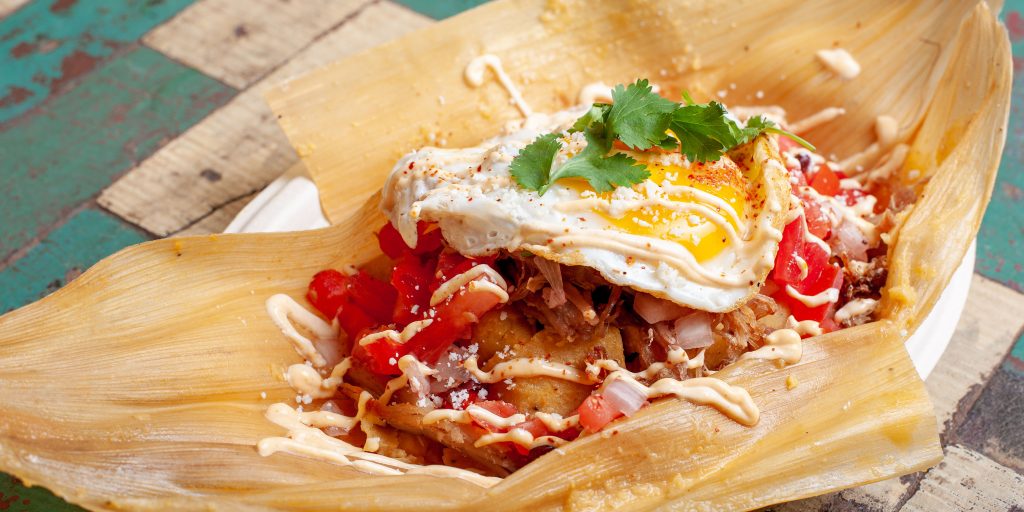